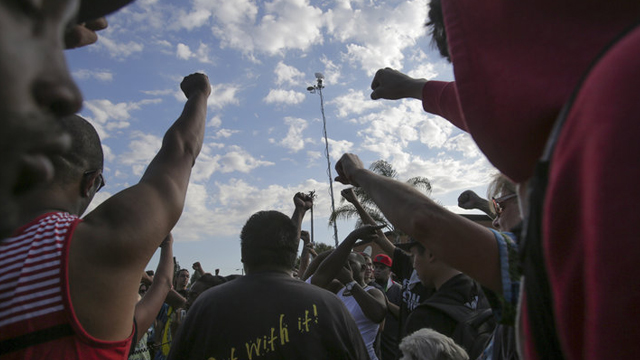 Marcia Wilson Brown
Marcia Wilson Brown is Vice Chancellor for External and Governmental Relations at Rutgers University-Newark and an adjunct professor at the Rutgers School of Public Affairs and Administration.

That tagline made popular by Rev. Jesse Jackson may have sounded corny or trite, but today more than ever, it requires meaningful reflection.

As a social activist of the 60s and 70s and a bona fide member of the baby boomer generation, the generation who dared to imagine a better world in our time, it’s difficult to witness the rapid decline of enlightenment in our country.

As I watched recent events unfold ? a president who plays the dozens with a despot as if he were a bully on a school playground; toys with the idea of a nuclear inferno; encourages the KKK and other haters to feel welcome to spew their ignorant and uninformed narratives, and equates their ugly invective with those who reply “no,” it feels like a rudderless ship. What did a better world mean to those Afro-wearing, long-haired marchers, protesters, writers, and singers of new anthems glorifying democracy, equality, and unconditional love?

“This land is your land, this land is my land…[t]his land was made for you and me.”

We were not always on one accord, but the trajectory of discourse focused mostly on the imperative of a moral and a more just society. One that adds to our social contract the notion of stewardship toward all humanity and delighted in the scientific achievements of yesterday that made it possible for every human to be able to eat, live, work, and meet real needs for the first time in history. We dreamers sought spaces and places to imagine a utilitarian world, especially in academia.

“Why has white supremacy not been relegated to the dustbin of history?”

If that sounds too ideal, let us remember that people were murdered, imprisoned, and denied a livelihood for these ideals. I remember a 14-year old child named Emmet Till whose horrendous death showed the depths of evil that white supremacy was capable of plumbing which left me, an 8-year-old, unable to speak for days. I remember no one could answer my question, “why?” Just as now, more than 50 years later, there are no satisfactory answers for why a young man gunned down nine people in a church ? Christians in a so-called Christian nation ? mothers, aunties, and grandmothers gunned down like animals.

Why has white supremacy not been relegated to the dustbin of history? You cannot legislate people’s hearts, Rev. Dr. Martin Luther King Jr. was told. Are we witnessing the death of hope; a refusal to dare to believe; the absolute surrender to a gutter-level existence where we live on short-circuited conversations bequeathed us by technology as we tweet and text half-truths in an abbreviated English that scarcely hides the deep abyss we have fallen into politically, ideologically, culturally?

For those who suggest that we who live do so by chance, a mere random set of atoms ? molecules in motion ? we should not forget what Einstein preached: that the creation of the atom bomb had changed everything but the human mind. Einstein informed us that the question of evil, suffering, war, and hate was our choice, and yet clearly he did not believe our hearts were ready for a different choice.

But hope has lived on ? in Dr. King who believed in the triumph of “unarmed truth and unconditional love”; in the black, white, brown, single, married, gay, young, and old marchers in 1963 who bequeathed us hope through their walk of faith; in the 70s political prisoners, many still in jail, who stood up for justice at the cost of personal liberty; and students who founded the free speech, anti-war and Green movements, and were murdered by dint of governmental intolerance at Kent State and Jackson State. And I
cannot forget the students in 1969, at my own university, Rutgers University-Newark, who locked themselves in a building on campus aiming to hold the university accountable as a public institution for its democratic ideals, determined to end its segregation and open its gateways to black and brown talent; and who, despite the threat of tanks and national guards descending upon them (ordered from the highest office of the state), have left a legacy of hope that we could democratize knowledge not only within the academy but in our communities through an enduring civic engagement.

Webster defines hope as a “feeling of expectation and desire for a certain thing to happen.” With an air of despair creeping across the land, it is undoubtedly difficult to keep such hope alive. Hope that those who need food will eat. Hope that those who need safe havens will find them. Hope that those who should be educated will be. And hope that those who lead will be the best among us. Yes, to not weep for humanity in these terrible times of persecution and suffering is hard. But hope we must even if we cry. For truth crushed to the earth will rise again. Hope we must. For our children must be able to live believing that the people in the U.S. and the world are one, inextricably linked to a common future we lay the foundation for today by our voice, our vote, our bodies, our money.

In the 60s, we used to say “take up the struggle where you are.” We can hew out of that history an enabling vision of human possibility. So light your candle, find a corner of darkness, and keep hope alive. 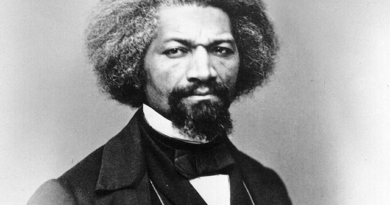 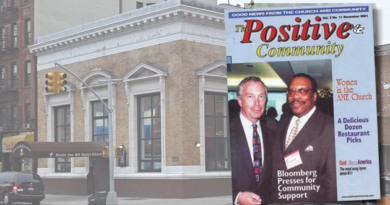 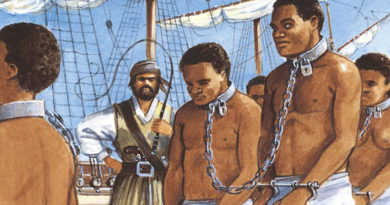 Enslaved Africans Do Not Count As Immigrants