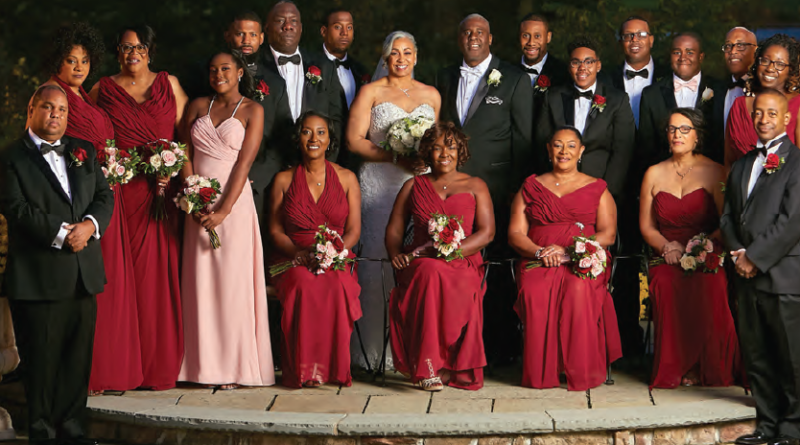 Knows FirstHand that Good Things Come to Those Who Wait

If patience is a virtue, Terri Seeney is a most virtuous woman. Many of us have heard the saying, “Be careful what you wish for,” but Seeney wasn’t raised to wish; she was raised to pray. Her faith and personal relationship with God have been integral in her life since she was a child. Seeney didn’t have to wish for success in life, she prayed and God led her to it from the very beginning.

After stints in radio and the record industry, employment at Panasonic came as a blessing in her life. People often go to work each day searching for purpose, wondering whether or not they’re making a difference, and sometimes even feeling as though they don’t matter. Terri Seeney was blessed with a career in corporate America that had her travelling internationally and reaping the financial rewards of hard work and dedication at a Fortune 500 company. But more importantly to her, her position as director of Community Relations and Outreach Programs allowed her to give back to communities. It was a natural fit for someone who has always enjoyed giving of herself. Seeney’s kind eyes, soothing voice, friendly smile, and pleasant demeanor immediately put corporate officers and local volunteers alike at ease. On the day of our interview she was working from home after returning from Japan the day prior. As we settled in to chat, we were interrupted two or three times by neighbors checking in with her. She apologized as she chuckled, “We’re really like a family here, we look out for each other,” describing the building where she makes her home. 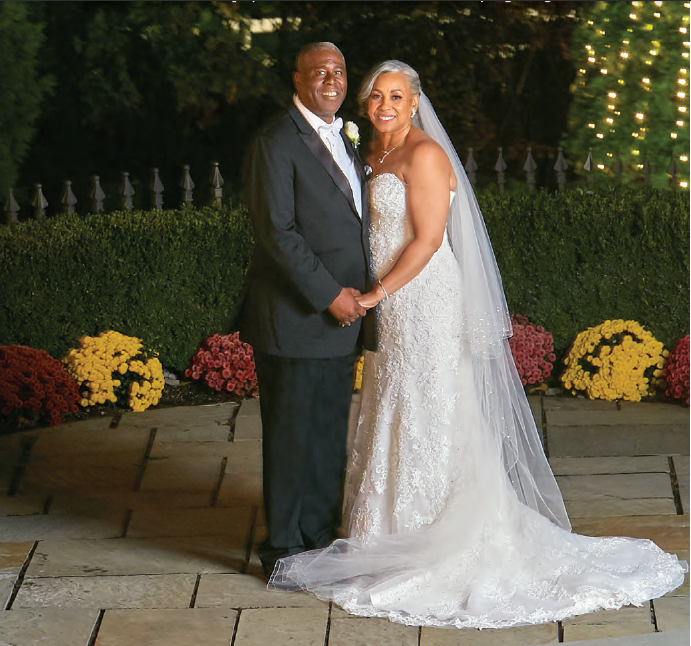 And family is of utmost importance to her. Even today, she is still incredibly close to her parents and younger brother. The example they set for her instilled a strong desire in Seeney to begin a family of her own. She envisioned Sunday dinners, holidays around the hearth, and a home full of children, grandchildren, nieces, and nephews. “I had dreams like a lot of young girls do,” Seeney recalled. “I was going to grow up to get a job making six figures, and have a husband and 2.5 kids. But that didn’t happen.” As her career hummed along, her prospects for marriage and family seemed to stall. Of course, more and more women were waiting until their thirties to marry and have children, so she enjoyed her family and friends throughout her late twenties and early thirties. As the mid- and late thirties approached, Seeney began to feel pangs for motherhood. “I had family and friends and I was enjoying myself; but I wanted more. I thought about having a child on my own,” she explained, “but I’m a traditional kind of woman. I wanted to be married and I wanted to have kids—in that order.”

Seeney had to make the best of her “meantime,” the time when she desired marriage and family but there weren’t any prospects on the immediate horizon. So she focused on herself and a relationship she knew was always there for her. “I spent a lot of time with God,” Seeney reflected. “I needed to find my way back home, and by home I mean to myself… I’m talking about self-care. I tell young women it’s important to be able to take of you. I grew up in the church, but I needed to redefine my relationship with Jesus Christ.”

In the meantime, Seeney’s body had other ideas and she went through menopause at 40 years old. It was devastating to her as her dream of bearing children seemed to be slipping away from her. “I struggled with that; it was like a loss I grieved,” she revealed. “I find it sad that we as women don’t talk about not having children. It’s still hard sometimes, but it doesn’t cut as deeply as it used to.” Terri has since initiated those difficult but necessary conversations with other women in her life and supported them through their fertility challenges.

As her meantime continued, Seeney prayed and worked on becoming who she wanted to be. She also got real about who she wanted to be with if the opportunity arose. “If your list of what you want at 40 is the same as it was at 20 or even 30, that’s going to be a problem,” she chuckled. She found height, looks, and social status made way for more meaningful traits in a mate. The list wasn’t long and included, “someone who believed in God, had dreams, and wanted to travel; a good man, who would treat me well.” When tax time rolled around and Seeney was in need of a tax preparer, a friend made an introduction to a nice man, Eric. He was friendly and knowledgeable and completed her tax return in a timely manner. And seemingly, that was it.

“When I look back I’m glad God didn’t answer certain prayers because I wasn’t ready,” Seeney shared. She and Eric kept in touch and eventually went on a first date. “On our second date I invited him to church,” she explained. “That was the key for us—no matter what changes were going on, we had to trust God. We chose to trust God in this process, and He has perfect timing.” As time went on, Terri realized Eric was “The One.” “I kind of stumbled through things and he was always there,” she said in quiet amazement. “No matter what I did, he was always there to catch me. Our relationships with God deepened separately and then together.”

On October 26th, 2017, Terri Seeney and Eric Majette were married. The flowers were lovely, and the food was both plentiful and delicious. Beneath sparkling chandeliers, R&B Artist Major performed “Why I Love You” for the couple’s first dance as man and wife. The groom wore a dashing tuxedo; the bride a stunning white gown. Terri sported an updo with both a crystal barrette and streaks of gray hair. At just over 50 years old, the first-time bride was the definition of a silver fox. “I’m glad I got married at this age,” she smiled. “When I was planning our wedding and I
would tell people I was getting married and they knew my age, they would say, ‘That’s wonderful! You give me hope.’ We remind them it’s not too late.”

As their first wedding anniversary draws closer, the couple has settled into the comfort and joy of wedded bliss. “Coming home to him is the best part of my day,” Terri beamed. “He’s here, we curl up, we talk and share the day. He’s my safe space. I love the laughter between us. I like being married. We found our rhythm — we know when to lean in and when to step back.” Married life was seemingly worth the wait for the Majettes, but sometimes, a bit of melancholy makes an appearance. “Every so often we’ll see a child somewhere and Eric will say, ‘God she looks like she belongs to us,’ and it’s there,” Terri confessed. But God is good, and when He is the rock on which your relationship is built, blessings will manifest.

Terri has been blessed with the joy of nieces and nephews. She’s squarely in the running for “Aunt of the Year” as she recently took her niece to a Beyoncé concert. But God didn’t stop there with His favor. “Eric had two children when we met — a tween and a teen,” Terri explained. Today they are adults finding their way through their own lives, and finding love and support from their father and his wife, their bonus mom. “Every Sunday I cook family dinner and every Sunday my kids are sitting around the table,” she said happily. Last May on Mother’s Day, “the kids came and brought their friends and their friends brought their kids. And there I was sitting around the table with all of the kids I couldn’t have — the kids I wasn’t supposed to have. God has blessed me with a whole lot of them!” Seeney-Majette celebrated the joy of her first Mother’s Day in her 50s.

As I reflect upon Terri’s journey to becoming a wife and mother, I’m reminded of the 1981 song “I Want to Thank You” by Alicia Myers. “I want to thank you Heavenly Father/For shining your light on me/It took a long time for it to happen/But I knew those nights I prayed/That you would send me someone who’s real/And not no one for play/I kept the faith/And didn’t worry/My nights grew longer than the days/Until one day/It really happened/You sent true love my way…When the time is right He’ll fill your life with love and care/Believe, and He’ll be there/Just do all right don’t do no wrong/And the keep the faith, The Lord will shine his light your way.” And Terri Seeney-Majette does thank Him, every single day. 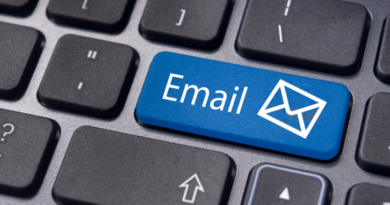 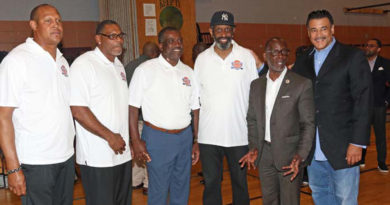 The Fathers and Men of Professional Basketball Players visit Queens 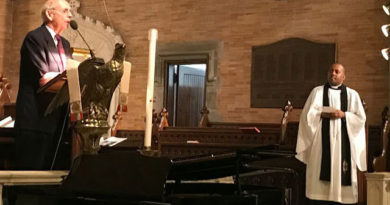