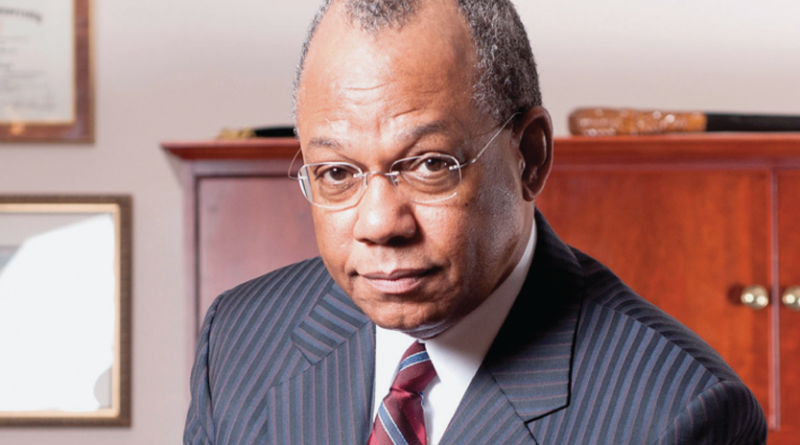 Some people will tell you they were put on this earth to do one thing, and do it well. Rev. Dr. Calvin O. Butts, III strives to do all things well, and it shows. It’s not surprising once you get to know him a little bit, “I was concerned about getting good grades and pleasing my parents,” he reminisced of his adolescent self. “I had wonderful, hardworking parents and together they poured a lot into their only child.” Seemingly, the essence they poured into young Calvin not onlY nourished and nurtured him, but filled and fueled him to affect change and impact thousands of life through his.

In addition to his parents, education and religion played important parts in molding Butts. Both encouraged his curiosity and sense of justice, which would later serve him well as a minister and an educator. As pastor of the historic Abyssinian Baptist Church in Harlem, Butts shepherds his flock from a thorough knowledge of scripture. As president at SUNY at Old Westbury, he advocates for his students, faculty, and community. A humble yet confident man, he encourages congregants and students to ask questions and challenge theories. He welcomes their curiosity. “Ignorance is the biggest impediment to the improvement of our society,” he says. “So I am encouraging, pressing every day that people strive to get a good education—that’s why we work so hard to provide access and accountability.”

There’s no doubt he works hard. He’s done so all of his life. Inspired at the age of 12 by a speech by Morehouse College Alum Rev. Dr. William E. Gardner, Butts set his sights on a Morehouse education and after attaining his Bachelor of Arts in Philosophy there, went on to earn a Master of Divinity from Union Theological Seminary and a Doctorate of Ministry in Church and Public Policy from Drew University. His experience as an Urban Affairs instructor, professor of African American Studies at City College, and teaching Black Church History at Fordham University i n addition to his ministerial acumen made him a logical choice to helm Old Westbury back in 1999; or perhaps that was divine intervention. His personal mantra states: “Education and faith are the Tigress and the Euphrates of our liberation; twin rivers at the source of our redemption. Without a trained mind and an inspired heart, you will go nowhere.”

Twenty years later as he prepares to retire, Butts reflects fondly on his time and accomplishments at Old Westbury. “Our diversity has brought more opportunity to young men and women,” he said fondly. “Now we have a legacy… in some families three generations have attended our school.” That’s no small feat considering Old Westbury was once one of New York’s best kept secrets. “We were sequestered; people didn’t know we were here. But as a result of the cabinet I serve with and the activities I was involved in before I got here, we are now better known across Long Island, the state of New York, and the country… we have a much broader reach.”

Butts combined his leadership skills with the school’s increased visibility to boost enrollment and diversity. He used those numbers to make a case for more and better facilities and followed through to make incredible improvements to the campus. “We’ve built a new academic building, new dormitories, a new student union building, and a new police headquarters,” he explained. But wait, there’s more. “We continue to build; and we’re looking now at building a large, $130 million STEM (science, technology, engineering, and math center for our students.” Butts stressed the importance of access for these students especially. “Our students are smart enough to go to Harvard and those other schools, but they can’t afford it. So we aim to provide these students with the best opportunities, the best faculty, and the best facilities.” He takes education seriously and his passion is fed by the knowledge that education beyond high school is a pathway to better employment and better standards of living. “We need to come together as poor people in this nation,” he said, “and begin to DEMAND that our government provide for us equal opportunities in terms of life, liberty, and the pursuit of happiness.”

Perhaps one of the major benefits of Butts’ leadership at Old Westbury is his religious calling in the church and how he is able to seamlessly combine the two without overstepping the boundaries between a secular education and spiritual guidance. A devout Christian, he encourages others to embrace their own religious beliefs and faith practices and acknowledges the similarities between most major faiths. “I know God through Christ,” he explained. “But because a
person says, ‘I am Muslim and I know God through Allah and the revelation He gave the Prophet Muhammad and I am going to seek peace, love, and justice,’ we’re the same people… we believe fundamentally in the same thing.” Butts supports his congregants’ curiosity and thirst for information equally as much as he does his students’. His approach creates space for people to learn, explore, and grow.

Butts also possesses a certain amount of cultural currency among the student body. In addition to being known for his building, many of Old Westbury’s students know him through some of their favorite music. Butts has been name checked in songs by several major rappers including Bone Thugs-N-Harmony and Ice Cube. He also held his own in a debate with Ice-T regarding the content of hip hop music.

As he prepares to close his chapter as president at Old
Westbury, Butts reflects upon what he considers one of his greatest accomplishments in his 20 years there. “Reviving the spirit and mission of Old Westbury, to treat it like it’s a pearl of great value and nourish it so it can speak to the needs of poor people.” He recalled an interview upon his arrival at the school when someone commented, “the school is dead.” Without missing a beat Butts replied, “Well you have somebody in the right business, resurrection.” He leaves the position of president of Old Westbury with the largest enrollment and highest admissions standards in its
history, making it more competitive than ever. But in the true fashion of a dedicated educator and activist he said, “I’ll never stop working for Old Westbury, or the State University, or the City University; I’ll be an advocate for public higher education.”

While he is technically retiring, Rev. Dr. Calvin O. Butts, III will undoubtedly continue his work as an educator, a minister, a husband, father, and grandfather. He’ll continue to touch lives, shepherd souls, improve communities, and spread both knowledge and love. “One of the driving forces in my life has been to make my parents proud and happy with the things I was doing,” he explained. “At another point in my life it was elevated to pleasing God.” While I can only speak as an earthly being, I think it’s safe to say Butts has done exactly that. Well done, Sir; mission accomplished. 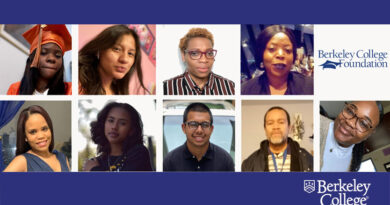 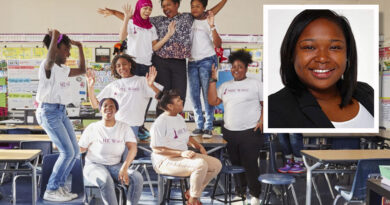 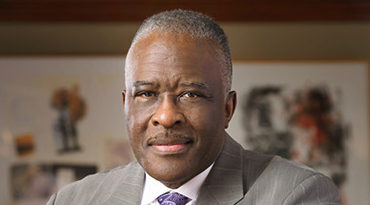