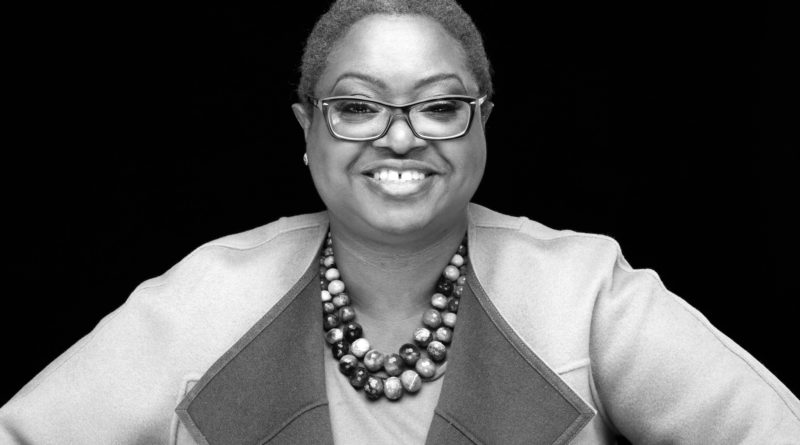 As July is quickly approaching and thoughts turn to cookouts, beach days, and summer relaxation for many, Rev. Leah Daughtry is preparing for what might arguably be her busiest month of this year. As CEO of the Democratic National Convention (DNC), Daughtry is responsible for everything from the artwork on the press credentials to the fleet of buses that will shuttle delegates and journalists from one venue to another. Who will speak on the first night? Who will speak on the last? What about signage and security? Rev. Leah Daughtry’s years of experience in strategic planning and event management will serve her well as she undertakes this Herculean task.

The Second Time Around

I’d be remiss not to tell you this is actually Daughtry’s second go-round as CEO of the DNC. This first time was in 2008 when then-Senator Barack Obama accepted the party’s nomination for President and—well, you know how that turned out. But what you might not know is that Leah Daughtry did double duty that year serving as chief of staff of the Democratic National Committee, in addition to being CEO. She is also the first person ever to serve as CEO twice, and while some might crack under pressure, Daughtry is taking things in stride, “I think there’s a bit more pressure,” she said calmly on a June Monday afternoon. “Even if it’s only my own pressure to meet or exceed the standard of excellence that we had in 2008, although I think that’s more internal to me than anything else.” Her grace under pressure comes through as she combines technology with tools others might view as antiquated. “If I’m running out the door I have my phone, a piece of paper, and a pen,” she explained. “Old-fashioned still works best sometimes and it’s sometimes easier to jot down a thought or a note with pen and paper than it is to pull out the phone. Plus, I like the feel of pen on paper.”

Raised in Brooklyn and educated at Dartmouth, Daughtry is the daughter of Reverend Doctors Karen and Herbert Daughtry. Known as activists and spiritual leaders, the Daughtry family comes by these titles honestly. Leah and her sister, Dawnique represent the fifth generation of ministers in their family. That’s right, their family’s Pentecostal roots stretch back to their great-great-grandparents and the days of slavery. Despite that long tradition, Ms. Daughtry never felt burdened by it to follow in the footsteps of her forebears. “Because our definition of ministry includes service, we were all already working in ministry—my sisters, my brother,” she reflected. “There was never any pressure from my dad to do anything other than participate in the life of the church in the way we felt called to. Each of us is totally different in the way that we serve and how we minister. But there was never any pressure to do any of that.”

Growing up in a religious tradition isn’t always easy for young people, and many hit speed bumps or even crash and burn when they go away to college, but not Daughtry. Being away from home gave her an opportunity to look inside and make decisions about her faith. “When I got to college and away from the community that had raised and nurtured me and I was on my own in New Hampshire… there were no Pentecostal churches and there wasn’t even a church I could go to,” she recalled.  “‘What do I do? What do people do on Sundays when they don’t go to church?’ I don’t think I had ever been out of church on Sunday in my life. I had never missed a Sunday —we just didn’t do that.” But as the scriptures say, “train up a child…”  That’s what the Daughtry family did and Leah, as well as others, recognized it, “When it’s in you, it’s in you. The other religious kids on campus found me, because you know, we’ve got a look about us —it’s the way that we move in the world, I don’t exactly know what it is. But they found me and said, ‘Mmhmm, you’re a church girl, aren’t you?’ she chuckled. “They invited me to Bible study…and I didn’t go consistently, but I got involved with the choir. So I didn’t stray that far and I eventually became the choir director. But even then, that was the doing of faith.” She continued, “I became more in-tune with my own personal relationship with God and really kind of honed what I understood to be my belief system…And in some places, it was exactly the same as my church upbringing, and in some places it wasn’t. Those were the years when I got clear on my own faith,…where I came to understand that this faith was my faith, and not my father’s, my grandfather’s, my great-grandfather’s, my mom’s or anyone else’s. This is what I believed, my belief about Jesus Christ, The Holy Spirit, and God is what I believed and what I would hold to and I would express through my work and my life and the way that I interact and move and live in the world. And that has carried me since I got out of college.”

Her Faith and Her Politics

It also carried her into politics. Daughtry’s Dartmouth days saw her running the New Hampshire presidential campaign of Rev. Jesse Jackson, and later she served as an undersecretary at the Department of Labor. “Those values of the church, values of the faith are what made me a democrat,” she explained. “But among mainline people —meaning Presbyterian, Lutheran, Methodist, etc.—I don’t think the expectation is there that they will talk about their faith. And some of that, I think, is media-crafted and media-driven… when they’re doing exit polls in Democratic precincts, they don’t ask about your church-going status. They don’t ask those voters if they’re evangelical, but they ask in the Republican district. So the media imposes skewing because their expectation is that Christians are Republican so they ask those questions…but they’re not asking that on the Democratic side because they have decided —for whatever reason— that Democrats are not Christians, are not people of faith…It becomes part of the lexicon that all of the Christians are Republicans and all of the secular people are Democrats and that’s not true.”

Daughtry said there was never one singular moment or incident that guided her toward a life in ordained ministry. “The moment for me in terms of going into ordained ministry was that I was clear that He wasn’t asking me to go into ministry because I was already in ministry,” she explained. “It was about a dimension of ministry and taking me to a different kind of ministry from what I’d been doing. Because I was clear that being choir director was ministry; teaching Sunday school was ministry; and serving dinners, if that’s what I had to do, was ministry.” Coming from a  family of ministers helped prepare her for the demands on her time and her heart, and she finds respite in advice from both her mother and the Bible. “You cannot fulfill the purpose of God in your life if you are sick and you are tired… My mother has a quote, she says ‘No is a complete sentence.’ You don’t owe anybody an explanation.” Her voice took on an almost maternal tone as she seemed to counsel me directly, “Shonda Rimes just said it in a new way, she said she got through her year of yes and now she’s in her year of no. She tells people, ‘I’m not able to do that.’ She said it doesn’t mean that you don’t want to; it just means you aren’t able… I think we as women and also as people in ministry have to learn those lessons, because it’s okay to say ‘no’ sometimes.” I was ever-so grateful at that moment that Rev. Daughtry had said “yes” to me and taken the time to uplift me with her words of wisdom.

As a staff member prodded her to move on to her next task of the day, Rev. Daughtry left me with one more glimpse into her life of action, encouragement, advice, and love. “We have a responsibility to love each other… Because of that foundational belief of the way that the new testament church unfolded, and the values of us all sharing things, making sure that each other has the resources that we need to live whole, fulfilling lives the way that God intended, is what drives me to be a democrat because I believe that’s the party that helps us best get to that embodiment of the Azusa community of the new testament church,” she said. “I mostly want people to know that I want them to pray for me… as I am not always surrounded by like-minded people, and so it is important to me to have the people of faith that I know wherever they are, they’re praying for me and lifting me up and keeping me surrounded with their love, their support, and their prayers.” 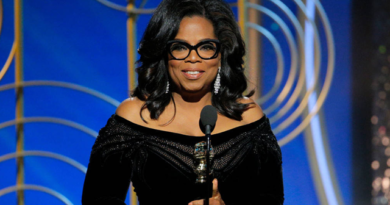 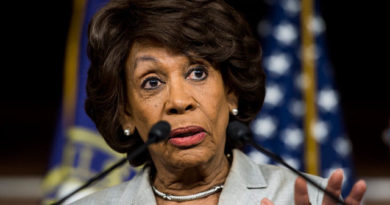 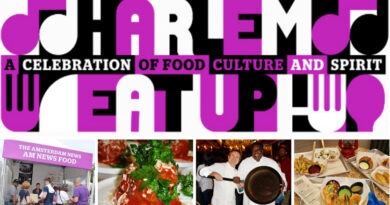