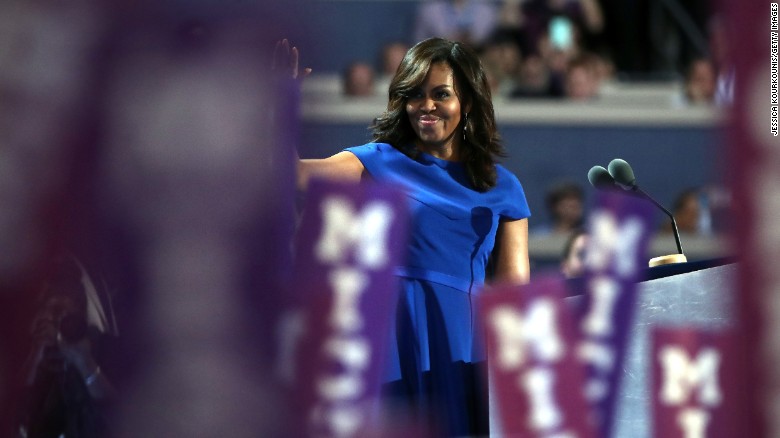 First lady Michelle Obama’s emotional and skillfully delivered speech at the Democratic National Convention on Monday night is receiving worldwide praise, and it also may have more to all intents and purposes made the case for Hillary Clinton’s candidacy than the presumptive candidate has herself to date. Michelle Obama endorsed Hillary Clinton in a speech to the Democratic National Convention, telling the gathering crowd of supporters that “this election isn’t about Democrat or Republican, it’s about who we trust with power to influence our children in the next four to eight years.”

Her speech, which referenced a speech that she gave to the convention in 2008, but made no indication of the fact that portions were strikingly similar to a speech given by Melania Trump last week, was greeted by huge applause, as she set about making the case for Clinton and at the same time getting in attacks on Donald Trump without citing his name.

“The issues a president faces are not black and white and cannot be boiled down to 140 characters,” she said. Her speech was stimulating, inspiring and subjective in that she described moving into the White House and sending off her two daughters to school. On the first day, as they left with Secret Service agents, she stated, “I saw those little faces up against the window and the only thing I could think, ‘What have we done?’”

Michelle Obama also noted the awareness she and her husband had of the meaning of being in the Oval Office. “I wake up every morning in a house built by slaves,” she said. “And I watch my daughters, two beautiful daughters, two beautiful intelligent black young women, playing with their dogs on the White House lawn.” She then appeared to fight back tears as she narrated the history making nature of Clinton’s bid. She said that “because of Hillary Clinton, my daughters can take it for granted that a woman can be president.”

First Lady Obama then noted that when Clinton “didn’t win the nomination eight years ago, she didn’t get angry or disillusioned. Hillary didn’t pack up and go home.” Her strong message was not misplaced after a day in which supporters of Bernie Sanders starkly expressed their dismay at the party and booed at points when speakers mentioned unifying behind Clinton. She needled Trump’s signature slogan. “Don’t let anyone tell you that this country isn’t great — that we somehow need to make it great again,” she said. First Lady Obama’s speech seemed to unite Clinton and Sanders supporters, as the delegates waved “Michelle” signs passed out before she took the stage. 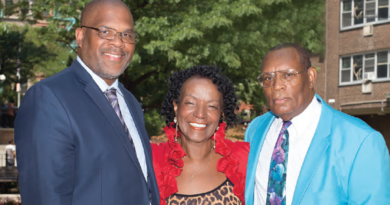 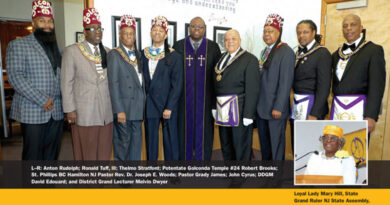 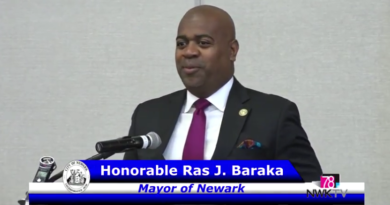