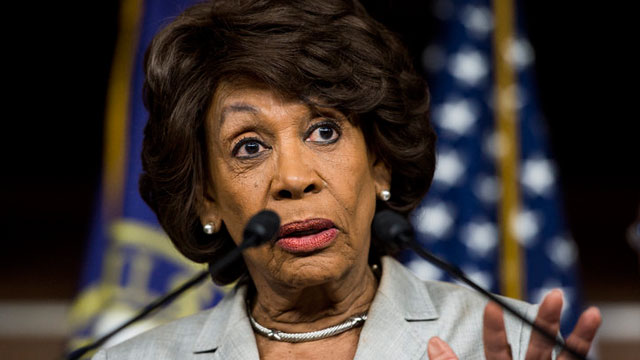 The 78-year-old spoke about her unapologetic approach to politics, social justice and being underestimated.

Maxine Waters stood before a crowd of young people Friday at Busboys and Poets, a Washington, D.C., restaurant that doubles as stomping ground for social movements. At the event, which she organized as a soulful open mic before the following day’s Tax March, the congresswoman doubled down on her call for the impeachment of President Donald Trump with a combined bluntness and realness one wouldn’t expect from a politician: “We’ve got to stop his ass!”

The 78-year-old’s outspokenness has made her a viral sensation. She caught millennials’ attention nationwide when she stormed out of a press conference after a meeting with FBI Director James Comey, saying that he had “no credibility.” Waters kept their attention and fanfare as she’s continuously led the congressional resistance against Trump, calling for impeachment and condemning his actions.

After nearly 40 years in public service, Waters, the most senior black woman in Congress, has become the Democratic face for the resistance against Trump. Though her approval has always been strong among her constituents, earning more than 70 percent of her respective district’s vote since 1990, her no-nonsense tone has resonated with younger folks nationwide. Since the election, her Twitter following has skyrocketed from about 33,000, as noted by Mashable, to more than 300,000.

Black millennials especially feel a familiarity with Waters. She’s not the everyday politician who sugarcoats her message of opposition in order not to ruffle too many feathers.

Quite frankly, she’s not one to play with. She’s the point, the blank and the period. And just like a black auntie who notices you running in and out of her house, letting the AC out, she’ll set you straight ― thus the moniker Auntie Maxine.

That’s not by chance. A village of black women raised Waters to be the unapologetic powerhouse that she is today, starting with her mother, Velma Lee Carr Moore.

Moore raised her 13 children in St. Louis. The family lived on welfare. Moore wasn’t educated but she was an outspoken “survivor,” according to Waters. Their family may have been poor, but Moore offered her children something invaluable: the right to their voices.

“She did not raise us with the kind of subtleties that, I suppose, oftentimes parents raise their children with,” Waters told The Huffington Post. “They don’t want them to get into trouble, they want them to be mindful of whatever they say, they want them to be quiet even when they have an opinion because having that opinion may get you in trouble. I didn’t have that.”

Waters’ teachers, mostly black women, helped mold her, too, by spending extra time after school mentoring her. They encouraged her to join speaking clubs and human relations clubs, and helped with her and her siblings when her mom had to handle other things.

“I had some strong black teachers. I had one teacher who I could stay [with] after school, teach [me] to play the piano,” she said. “One teacher who lived in the community, very strong woman, very strong math teacher, who would come to our house on Saturdays to help everybody to go to a picnic with the other kids because my mother had so many kids and she washed her hair and stuff on Saturday.”

Outside of the classroom, young Maxine saw injustice and inequality that pained her. She aspired to be like the social workers in her community who worked to change that.

“I thought they were the powerful people and I thought, ‘That’s what I’ll be because one day, I can help feed people, I can help get fair housing for people,’” she said.

But time went on and she realized another way to advocate for equality, not just for a community, but for the world.

Waters moved to Los Angeles as a young mother of two. After working in garment factories and at a telephone company, she eventually started a job in the Watts neighborhood as an assistant teacher for Head Start, a government program that works to give underprivileged and at-risk children adequate education and opportunity. She worked her way up to supervisor of volunteer services and parental involvement, where she taught parents to “take control of their children’s educational destiny.” The job also taught Waters to organize and expanded her network to include elected officials.

With the encouragement of Mary Henry, Opal Jones, Lillian Harkless-Mobley, Caffie Greene, Margaret Wright and other black women in policy, Waters decided to run for office at the height of the women’s movement. She was elected as a member of the California Assembly in 1976.

“I have the valuable experience of knowing these black women, of learning from them and I adopted the spirit. The spirit was profound and they knew how to challenge elected officials and to go through City Hall and to talk about the budget and talk about appointments, etc.,” she said.

“On a national level, of course, looking at Barbara Jordan and Shirley Chisholm and women like that,” she continued. “That just cements, I guess, who I am. And the fact that not only did I have what I would consider all of these fabulous neighborhood women, but that you could be a Shirley Chisholm, you could be a Barbie Jordan.”

Waters was elected to the U.S. House of Representatives in 1990. Throughout the years she’s taken on various issues, including finance and budget, fair housing, job opportunities for all, education and the advancement of marginalized communities. Currently the ranking member of the House Committee on Financial Services, Waters has served as the head of the Congressional Black Caucus and sat as a board member of Essence magazine. She also co-founded LA-based nonprofit Black Women’s Forum.

I believe that discrimination is intolerable. I believe that injustice and inequality must be fought against all the time.Congresswoman Maxine Waters

Along the way, she’s faced more than a few “dishonorable” opponents, one of the most notable being Los Angeles Police Chief Daryl Gates. Waters fought tirelessly against him. She advocated for a black mother gunned down by cops and spoke out against aggressive police tactics like chokeholds and strip searches. Her fight against police brutality continued into the 1992 L.A. rebellion ―  sparked by the acquittal of the four officers who brutally beat Rodney King ― as she sent food, diapers and other resources to community members. She would also visit local media outlets in the morning to pressure journalists to stop using loaded language like “riot” and “thug” against black people.

Her work didn’t stop in her community. She’s helped secure $1.2 billion in debt relief for Haiti months prior to the 2010 earthquake. She’s also led the congressional anti-war efforts of the 2000s and called for the recovery and stability of Iraq during the refugee crisis. One of her most notable international achievements, however, was leading the bill to divest pension funds in California from doing business in South Africa as an act of anti-apartheid protest. Her bill helped lead to the freeing of Nelson Mandela from prison.

Waters said it’s all in her life’s purpose.

Making the fight for justice her life’s work hasn’t prevented her from becoming the victim of oppression. She told HuffPost that whether it’s being underestimated in Congress or being hassled when boarding a plane first class, she isn’t immune to microagressions. One of the most recent and blatant instances played out on “Fox and Friends” when Bill O’Reilly said that he completely disregarded what Waters was saying because he was distracted by her hair, referring to it as a “James Brown wig.”

Waters delivered her viral response in the form of an affirmation for all black women: “I am a strong black woman, and I cannot be intimidated. I cannot be undermined.”

It has been happening and so for me and April and Susan Rice right now, one of the things that they have is, they have some highly capable black women who don’t have to suffer. We don’t suffer, we take it on, we handle it.

Waters said the common thread between her, Ryan and Rice is shared by black women across the country, as highlighted by the #BlackWomenAtWork hashtag, created by activist Brittany Packnett.

“It has been happening and so for me and April and Susan Rice right now, one of the things that they have is, they have some highly capable black women who don’t have to suffer. We don’t suffer, we take it on, we handle it,” she told HuffPost.

“When you take a look at Susan Rice, who can run down the policies and articulate how classifieds are happening, they’re not talking to someone who just got hired on the job who’s scared to death because of the way black women are treated,” she continued. “When you talk to April Ryan, you’re talking to a White House correspondent. You’re talking to a journalist who covers the White House and knows what she’s talking about. When you talk to Maxine Waters, you’re talking to the ranking member of the Financial Services Committee that oversees Wall Street and all the banks and insurance companies in this country. You can’t intimidate me.”

She said those who have “tried it” simply “haven’t learned, yet.” She added, “But guess what: They’re learning.”

When underestimated and undervalued, Waters has persevered. For decades, she’s created her own seat at the table without compromising her authentic self. No invitation needed.

Her crusade against Trump is just what she was meant to do. It’s what the village of black women who raised her prepared her for. Now, along with continuing her fight for justice (and learning a few terms like “shade” and “stay woke” along the way), Waters is calling on young people to recognize the power they have to create their own seat.

“[Millennials have] got to be at the table in every conceivable way. And they can change these institutions,” she said. “So my message is, your time is now. Take advantage of the opportunities that [are] opening up and move to help provide the new leadership of this country.” 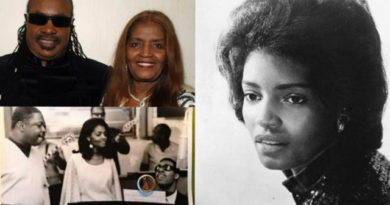 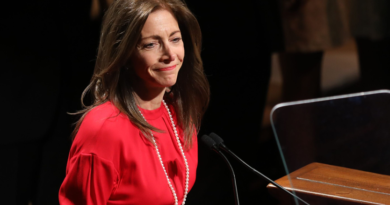 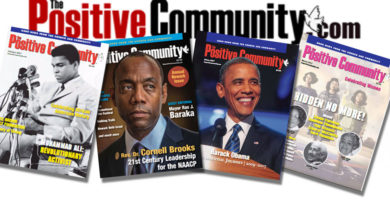