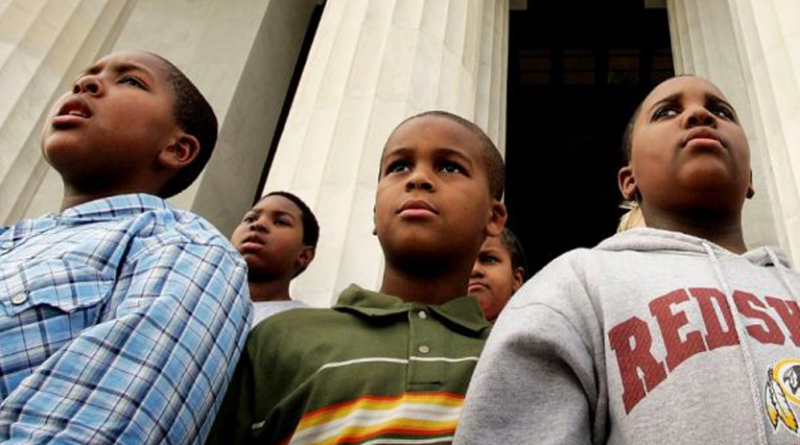 By Adrian A. Council, Sr.

Editor’s Note: The following Op-Ed was originally written and published in June 1993—25 years ago! This editorial was published in local newspapers: Carib News, City Sun, Daily Challenge
and New York Amsterdam News. At the time of this writing, Adrian Council was General Sales Manager at radio station, WLIB 1190 AM.

Judge for yourselves: Since 1993, collectively, have we moved forward, stood still, or lost ground?

As an American parent, I am very concerned about our legacy to the younger generation. But more importantly I am even more saddened by the state of affairs that exist in my (African American) community. Discussions with many of my contemporaries support this feeling of despair.

There is now an apparent general lack of respect for life and an absolute decline in values. Relationships between males and females are at an all-time low. There is an increase in violent crimes and subsequent massive incarceration of Black men (50% of the U.S. inmate population). African Americans constitute 12% of the general American population. There are more of our men in the court system and in prison than in college. This is unquestionably a suicidal trend for any group.

Of course, arguments can be made to explain this negative trend: lack of opportunity; single parent households; the proliferation of drugs and firearms, and the inequalities in the criminal justice system all account for this feeling of hopelessness in our communities today. For many years, our people have tried to embrace the American Dream—middle class. But the reality is that vast numbers have not been able to actualize this dream. Hence, many African Americans have been relegated to life cycles of poverty, debt, self-hate and despair. This is clearly reflected in the music culture of today’s youth.

In any society, this is not a unique situation. The difference is that the affluent of that society always find a way to support and sustain their group. In the case of the American scenario, however, many in the African American middle class look toward government to fulfill this obligation. It is only recently that we have begun to realize that this will
never, ever happen.

Culture is the Key
Those belonging to the African-American middle/upper class are permanent members of this community and will always be viewed as such. If their underclass is perceived by the world with haughty disdain, it automatically affects every member of our group, irrespective of fame or status.
It should therefore be the primary objective of every single member to see to the positive growth and continuity of our own community.
African-American culture has contributed immensely to American and world popular culture through music, dance, sports, fashion, theater, language, etc. But unfortunately it has never been acclaimed. Our collective contributions have been relegated to the bottom of the cultural ladder or totally obscured by Americans and even the African-American community itself.

The young people seem totally unaware of the tremendous contributions and sacrifices made on their behalf, hence the degenerate attitudes of today. There is an enormous potential; a reservoir of creativity by this marginalized constituency waiting to be harnessed. While most membersof my generation believe this to be true, the question has always remained: how do you affect it? African American culture is the key!

A Brand New Day
A culture organization must be instituted immediately with the membership of every single positive thinking African American, Caribbean American and African living in the USA. This organization must have as its mandate, the coordination, research, and execution of elements of the cultural goals of the community. It must be convened on the highest level in order to arrest the ominous decline. African-American culture has the wherewithal to address aspects of research, education, economic and community development, value systems, media presentations and international cooperation. The middle-class working in cooperation with the grass roots will actualize these goals and objectives.

Our contribution towards American and world development is crucial. The Harlem Renaissance of the 1920’s included many of these dynamics, thus establishing original American art forms—enduring cultural treasures! Only through a rediscovery of the African-American group personality—our collective soul—lays the hope and the salvation of future generations. Now is the time! America and the world are waiting on us. Wake up everybody—it’s a brand new day! 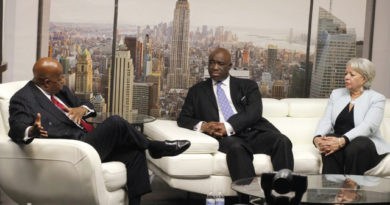 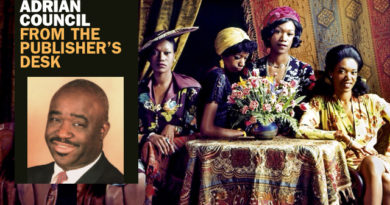 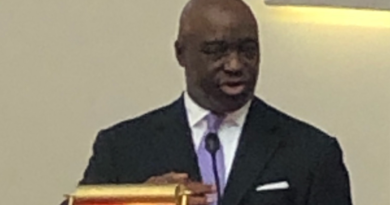