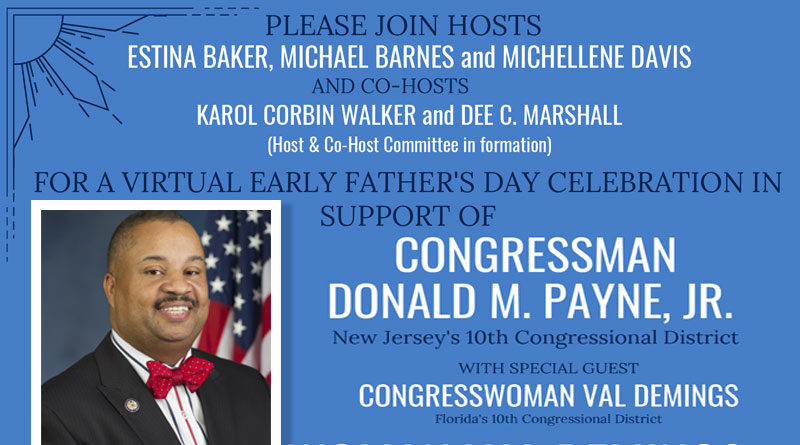 Please join us in a pre-Father’s Day celebration for the Hon. Donald Payne with Special Guest Congresswoman Val Demings. Congressman Payne is the sole African American male in the New Jersey delegation and represents our state, his district and issues for the most vulnerable with his heart and soul. The Congressman New Jersey’s 10th Congressional District, which covers portions of Essex, Hudson, and Union counties. A Newark, New Jersey native, he has served the people of the 10th Congressional District since 2012. Rep. Payne, Jr. is a tireless fighter for New Jersey families, working to create jobs and grow the economy, protect and invest in our children, and ensure the health and safety of our communities.

In 2021, Rep. Payne, Jr. was voted to be Chairman of the Subcommittee on Railroads, Pipelines and Hazardous Materials in the powerful House Committee on Transportation and Infrastructure. The Committee has jurisdiction over national infrastructure and all modes of transportation, including aviation and mass transit. In 2017, Rep. Payne, Jr. fought for a $900 million appropriation to fund the Gateway Project, a multi-year, multi-billion-dollar project to rebuild transportation infrastructure between New Jersey and New York. He has continued to fight for Gateway and transportation infrastructure projects that benefit the American People. He led the Build America series of convenings to bring together government, industry leaders, small businesses, and women- and minority-owned businesses to increase diversity in federal government contracting projects.

As a member of the House Committee on Homeland Security’s Subcommittee on Emergency Preparedness, Response, and Recovery, Rep. Payne, Jr. has built a record of achievement in a divided Congress. He introduced two bills that were signed into Public Law by President Barack Obama, including the Department of Homeland Security Interoperable Communications Act of 2015, which ensures that DHS personnel can reliably communicate during emergencies. Rep. Payne, Jr. also introduced a bill to secure public areas of transportation facilities, such as airports. His bill was incorporated into the FAA Reauthorization Act and signed into law in October of 2018.

Rep. Payne, Jr. is a strong supporter of the Affordable Care Act, which provides thousands of New Jerseyans with access to high-quality, affordable health care. He has been a strong advocate for investing in and protecting the health of our children and introduced the TEST for Lead Act to protect children from lead-contaminated drinking water in schools. Rep. Payne, Jr. also is a vocal advocate for cancer prevention, introducing the National Colorectal Cancer Awareness Month Resolution to raise awareness about the need for regular cancer screenings. In the wake of Hurricane Maria’s devastation in Puerto Rico and the U.S. Virgin Islands, Rep. Payne, Jr. repeatedly took to the House floor to advocate for better federal emergency response. He is a leader on gun violence prevention and introduced the Safer Neighborhoods Gun Buyback Act of 2019, which aims to incentivize people to trade in their firearms for prepaid cards.

Please join us in keeping him in Congress on June 17th. 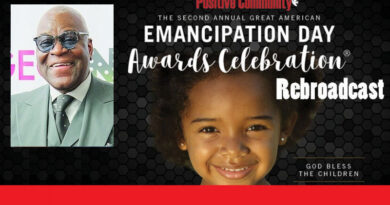 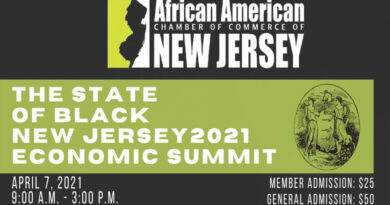 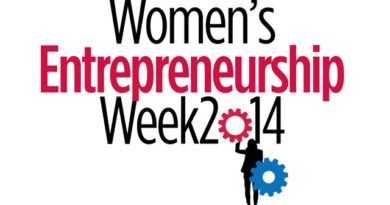