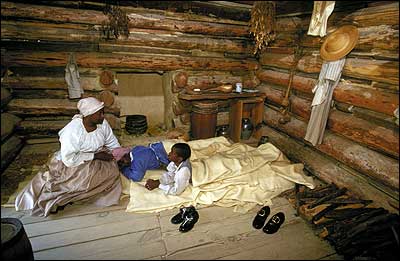 At a bygone plantation in coastal Georgia, Joseph McGill Jr. creaks open a door to inspect his quarters for the night. He enters a cramped cell with an ancient fireplace and bare walls mortared with oyster shell. There is no furniture, electricity or plumbing.

“I was expecting a dirt floor, so this is nice,” McGill says, lying down to sample the hard pine planks. “Might get a decent sleep tonight.”

Some travelers dream of five-star hotels, others of visiting seven continents. McGill’s mission: to sleep in every former slave dwelling still standing in the United States. Tonight’s stay, in a cabin on Georgia’s Ossabaw Island, will be his 41st such lodging.

McGill is 52, with a desk job and family, and isn’t fond of sleeping rough. A descendant of slaves, he also recognizes that re-inhabiting places of bondage “seems strange and upsetting to some people.” But he embraces the discomfort, both physical and psychological, because he wants to save slave dwellings and the history they hold before it’s too late.

“Americans tend to focus on the ‘big house,’ the mansion and gardens, and neglect the buildings out back,” he says. “If we lose slave dwellings, it’s that much easier to forget the slaves themselves.”

A century ago, the whitewashed cabins of former slaves remained as ubiquitous a feature of the Southern landscape as Baptist churches or Confederate monuments. Many of these dwellings were still inhabited by the families of the four million African-Americans who had gained freedom in the Civil War. But as blacks migrated en masse from the South in the 20th century, former slave quarters—most of which were cheaply built from wood—quickly decayed or were torn down. Others were repurposed as toolsheds, garages or guest cottages. Of those that remain, many are now endangered by neglect, and by suburban and resort development in areas like the Georgia and Carolina Low Country, a lush region that once had the densest concentration of plantations and enslaved people in the South.

McGill has witnessed this transformation firsthand as a native South Carolinian who works for the National Trust for Historic Preservation in Charleston. But it wasn’t his day job that led him to sleep in endangered slave cabins. Rather, it was his weekends as a Civil War re-enactor, wearing the uniform of the 54th Massachusetts, the black unit featured in the movie Glory. Donning a period uniform and camping out, often at antebellum sites, “made the history come alive for me,” he says. Re-enacting the 54th has also drawn public attention to the pivotal role of black soldiers in the Civil War. So in 2010, when Magnolia Plantation near Charleston sought to publicize restoration of its neglected slave cabins, McGill proposed sleeping in one of them.

“I was a little spooked,” he says of his overnight stay. “I kept getting up hearing noises. It was just the wind blowing limbs against the cabin.” His simple bedroll, laid on the hard floor, also didn’t make for a comfortable night. But the sleepover succeeded in drawing media attention to the slave cabins, which have since been opened to the public. So McGill began compiling a list of other such structures and seeking out their owners, to ask if he could sleep in them.

He also tried to recruit members of his re-enacting unit to join him on his overnights. One of them, Terry James, says that at first, “I thought Joe had lost his mind. Why go stay in a falling-down slave cabin with snakes and insects?” But as James reflected on his ancestors, who not only survived slavery but also succeeded after the Civil War in buying and farming land that is still in his family, he decided he “needed to know more about what they endured and overcame.” So he accompanied McGill on a wretched August overnight in a cabin that had been boarded up for years and was infested with mold. “The air was so awful we slept with the door open,” James recalls. “It was hot and humid and buggy as heck.”

For their next overnight together, James chose to make the experience even more unpleasant. He showed up with antebellum wrist shackles he’d been lent by the owner of a slave relic museum and put them on before lying down for the night. “I wanted to honor the ancestors who came over in the middle passage,” James explains, “and to feel a little of what it was like to be bound.”   Continue reading 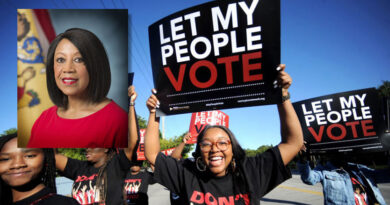 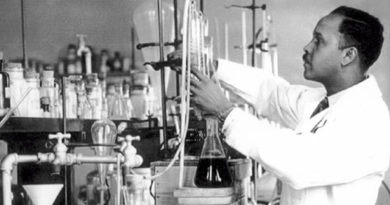 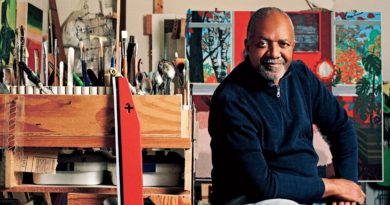