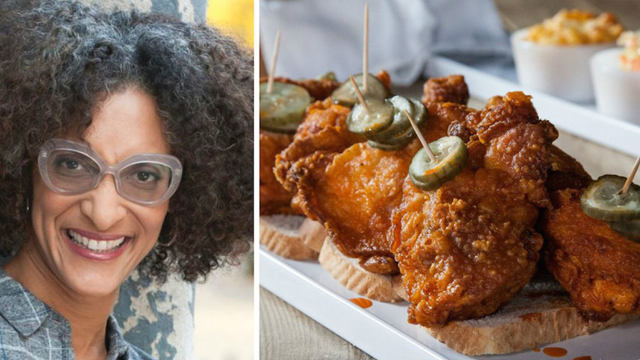 ARCHIVE
Chef, Food, Restaurant
“Start at No. 3 and work your way up.”That’s Carla Hall’s advice for tackling the hot chicken at her new Brooklyn restaurant, Carla Hall’s Southern Kitchen.The hotly anticipated new spot from the celeb chef celebrates hot chicken, a specialty of Nashville, Hall’s hometown. Initially eyed for a fall 2015 opening, the restaurant debuted this week in the Columbia Street Waterfront District with a limited menu and hours.“The South is where a lot of the regional food has come from for the country, so each region is very different, and Nashville food is very different from North Carolina, South Carolina, Mississippi, Alabama, certainly from New Orleans,” Hall says. “I’m just bringing my version of Southern soul food to Brooklyn. This is the food I grew up with having for Sunday supper throughout my childhood at my grandmother’s.”

amNewYork spoke with Hall about her new spot between tapings of her ABC daytime show, “The Chew.”

This is your first restaurant in New York. What was your vision for that?

This is my first restaurant period. So, I mean, it’s funny that it started in New York. It was more about, I’d want to say convenience, because I’m here doing “The Chew.” I decided to open up with Evan [Darnell], I don’t think anything can prepare you for this. It’s a process and a lot more steps than you can ever imagine. It’s been invigorating, and it’s a lot of work. I don’t think we could have anticipated the delays, be it financial or just because it’s the business of getting open.

You have a stall at Barclays Center. What did you learn from that?

We always had our basic menu — we knew we were going to do hot chicken and Southern sides. I think the main thing that’s been welcoming is the response people have had to the food. At least with Barclays, we’ve been able to work out some kinks and do batch cooking we wouldn’t have been able to do anywhere else. The only thing from Barclays that’s the same is the mac and cheese, potato salad and chicken fingers — we don’t have sandwiches on our menu in Brooklyn but we have sandwiches at Barclays — and the hot chicken. But it’s a medium [at Barclays] — it’s for the masses, so we couldn’t make it as hot.

You’re from Nashville. What is hot chicken, and what did you want to tell people about it?

Hot chicken is a Southern fried chicken that most people know, and it’s tossed in a spicy oil. Some call it a spicy paste, but ours is more of an oil, you don’t have the sediment from the spices on the chicken. You do a little bit, but it’s not really a taste. And the spice level goes from mild, a sweet heat, to really really hot, which is our “boomshakalaka” level 6 heat. I can’t eat that. I can barely eat the four. I’m a lightweight when it comes to the heat. Of course you can get it with no oil at all. I think hot chicken has become really popular as spicy foods have become popular. You saw sriracha several years ago, people juts eat hot food for sport. I’m hoping that we really try to encourage people to go for flavor with the heat, and not gratuitous heat. But it’s exciting to me, hot chicken being on the map, and my hometown, and how well the hot chicken has done in Nashville. People have been drawn to Nashville.

What do you use to make it so spicy?

It’s different peppers, so we use habanero peppers, cayenne, ghost peppers, some African peppers — we have bird’s eye peppers. And in addition to the powdered, pepper, we add some fruit — it could be pineapple or mango or banana, and then it has onion powder. It’s a number of spices, but we really try to balance the spice and bring out some of the fruit notes of the peppers.

What can people expect from the opening?

I think the first thing they will notice in the restaurant is it’s very homey — not only the food but the ambience we’re trying to create. We really want it to feel like you’re coming into someone’s home, probably my grandmother’s house, from the pictures on the walls to the old-fashioned but new wallpaper. We really want people to feel comfortable. There’s community style-seating. And in terms of the sides, all of the sides are vegetarian. I knew if I’m going to focus on one protein, then all the sides needed to be something that is approachable for everyone. I didn’t want vegetarians to come and only have two choices. And our kitchen is nut-free as well. There are lots of fun drinks, too. I don’t drink — there are some fun mocktails, which I think is very important.

Were you involved in the drink menu as well?

I was. My partner Evan, we’ve been working with Bittermilk, they do these drink compounds. We had some help from the outside. But of course, being someone who doesn’t drink, I was interested in having interesting mocktails, some things that aren’t overly sweet. One thing I’ve always wanted to do was go up to a bar and run up a tab. We have everyone covered, from frozen drinks to wine and beer, mocktails, sweet tea soda, we have shots, we have low-end wine and have some good wine. So for a small space, we have planned a lot in there.

What sweets can people look for?

We’re always going to have banana pudding. We’re going to do other desserts for the day. Some of those will be my grandmother’s five flavor pound cake. We will do other pies and bars. We have buttermilk soft serve. We have an apple pie soda from Pure Sodaworks from Chattanooga, Tennessee. My vision is someone can have a float with the buttermilk ice cream and apple pie soda, with a couple of cookies on top for the crust.

And there is a market component?

Given it’s in a difficult area to get to along the Brooklyn waterfront, do you see this becoming a destination restaurant, like Pok Pok?

I hope so. I think it’s very easy in the summer, I think we’re opening at the right time. The true test is going to come in the winter, when it’s so cold and that chill is coming off the water, and I think that’s when we’re going to have to kick in with deliveries. That being said, I’m hoping that not only the neighborhood will support us, but people will become — I don’t want to say addicted, that’s a little over the top — I’m hoping … they will come back over the winter when it’s not convenient. I’m hoping we’ll do a fair amount of catering for the Thanksgiving and Christmas seasons — this is actually the food that I make for my family for the holidays. It’s a lot of the celebration food. 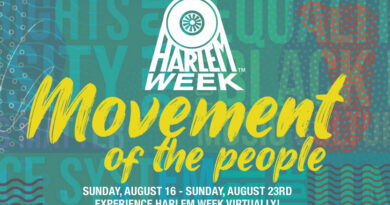