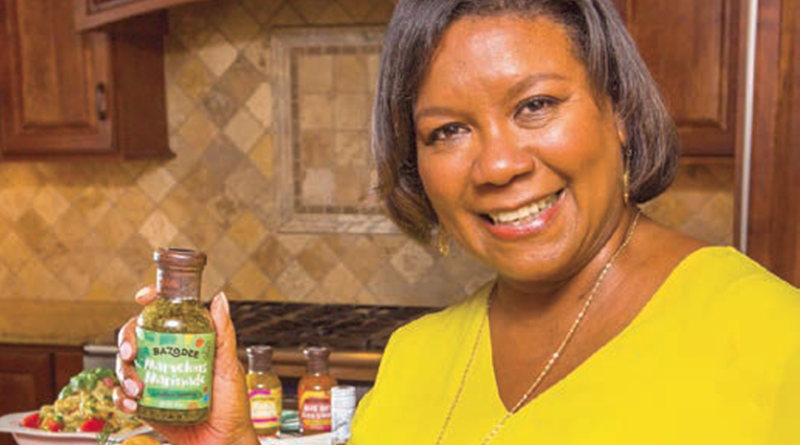 Much like the way Trinidadian food combines elements from different cultures, Debra Sandler has studied and mastered a little bit of everything to create a life and career as colorful and interesting as a Caribbean feast. Everything she’s done has led her to this place in her life, a place one might call her sweet spot.

“I was interested in politics and languages,” Sandler said of her youth in Trinidad. “It was always something international, being born in one country and growing up in another. My family was politically oriented, so I al- ways had designs on something in politics and languages.” Born in Venezuela and raised in Trinidad, Sandler’s daughter dubbed her “Trinizuelan” years ago and today, Sandler honors her heritage with a line of Caribbean sauces called “Bazodee,” which means “head over heels.” The path to becoming a “sauce boss” was hardly a straight one. “I followed my interests and passions,” Sandler said. “I followed where life led me.” First, that was to a degree in International Business, which led to a job at PepsiCo, where she worked for 13 years. “I think that was the foundation for my interest in consumer products and the food industry,” she recalled. She went on to various positions at companies including Johnson & Johnson and Mars, Inc., where she continued to hone her skills as she rose up the corporate ladder. Sandler’s climb afforded her a view of the food and beverage businesses, as well as some self-reflection. “There’s some- thing about when you are an immigrant, when you are not in the land of your home,” she said. “The food takes on a different importance; it connects you back to your home… I’m from a family of cooking women so food was always at the center of our lives. Later on, the two things just came together.”

Bazodee is the culmination of where Sandler’s business and life experiences with food combine to make something great. In recent years, Sandler recognized the importance of food and tradition in her life and their importance to her entire family. “My earliest memories are of my maternal grandmother, who’s from Venezuela, making pastelles—a Christmas dish,” she fondly recalled. “As a young woman in the family, it was something you had to learn and everyone had a role… It was an annual tradition and you were just so proud of whatever role you had and you had to do it well because it was like an assembly line . . . We were just talking about it the other day and how much fun it was getting together to make the pastelles and then getting to eat them.”

Today Sandler honors her roots and her family with the Bazodee line of sauces and marinades that are bringing an authentic taste of the Caribbean to kitchens across America. “We decided to start with the marinade, as it’s kind of the foundation for seasoning your food,” she explained. “Next we did the pepper sauce and we did two versions of the pepper sauce because for some people, there’s never any pepper sauce that’s hot enough,” she chuckled.

Truly a family affair, there are currently three generations of Sandler’s family working to bring Bazodee and its bold flavors into your home. “Aunt Ma- vis works on the recipes; I do the market- ing; and my daughter, Kiah, helps with the social media,” Sandler explained. “I toyed with naming products after family members, but some of them are shy. I have an aunt in Holland who created a fish recipe we’ll be putting out in the next year or so.”

With her keen understanding of marketing and ability to analyze trends, Sandler has a sunny outlook for Bazodee. “People are looking for more flavor and that old, sort of bland approach is waning. In my family, you cannot serve people dry rice,” she stated emphatically. “There has to be gravy or something, but not plain rice. Now do some people still eat dry rice? Absolutely, but more and more people are looking to spice things up and Bazodee is perfect for that.”

When she’s not creating tantalizing aromas in the kitchen or planning the next marketing strategy for her company, Sandler enjoys traveling (she speaks three languages), holding positions on various corporate boards, and deepening connections with her family and her faith. “I’m not in church every week, but I have a deep faith,” she explained. “I believe in the power of intention, faith, and prayer; I have conversations with God every day. And I don’t know where I would be without that foundational belief in something greater than myself.”

With her gaze steadily on the future, Sandler and Bazodee are already looking ahead to their next offerings. They have curry, tamarind, and garlic sauces ready to go, some to be introduced later this year. “I see only continued opportunity with Caribbean food,” she mused. “I’m focused on building the legacy and seeing where it goes from there.” So if you have an opportunity to taste one of her recipes or spend so 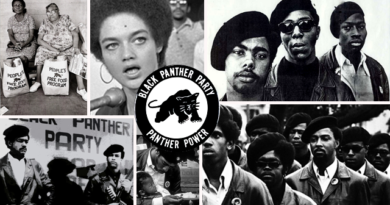 Black Panthers 50 Years Later: What They Wanted Is What We (Still) Need 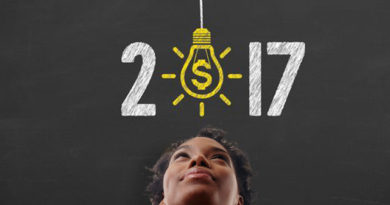 Plan to Improve Your Finances in 2017 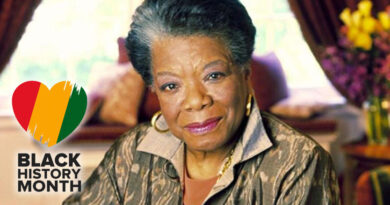