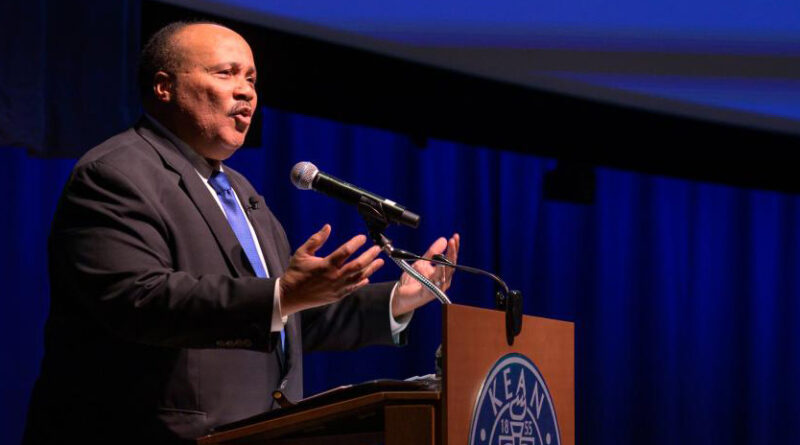 Speaking at the Kean University campus where his father delivered a powerful address almost 60 years earlier, human rights activist Martin Luther King III said young people and others must use their votes to “make America what it ought to be.”

“The biggest message for this year, because it is an election year, is the importance of voting and encouraging others to vote at the highest levels,” King said. “We can and must do a better job of motivating people to use the power of the ballot.

“This is the most important election of my lifetime. Consider that college students played an important role in civil rights. The great struggle for justice and human rights we face today will require the same courage and commitment.”

“The King family is a part of the history of American civil rights, some of it shining and hopeful, some of it dark and painful. Mr. King continues the work of his father. For generations his family has sacrificed and worked for this great nation,” Farahi said.

King’s father, Dr. Martin Luther King Jr., spoke on February 9, 1961 on Kean’s Union campus when it was then called Newark State College. The younger King, who was 10 years old when his father was assassinated in 1968, evoked his father’s legacy often in the lecture. He also followed in his father’s footsteps during a short tour of the Kean campus prior to the speech.

He signed a Kean University guest book, as his father had done, and strolled with Farahi through the University’s Human Rights Gallery and Dr. Martin Luther King Jr. Reflection Garden, where a permanent sketch of his father, a sculpture and several quotes from his father are displayed.

“It is a special honor to speak where my father spoke,” King said. “I believe I have my own message to carry.”

Kean’s Distinguished Lecture Series was created to bring thought leaders to the Kean community. The title of King’s lecture was Continuing the Legacy, and he called on the audience to continue his father’s work advocating for human rights.

“As we go forward into an uncertain future, let’s resolve to transform the clanging discord of our society into a beautiful brotherhood. With that commitment we will see the dawning of a glorious new era,” King said, adding that every American should have access to a good job, a college education, a decent home, health care and justice.

The activist met with several dozen Kean students prior to his lecture in a NAAB classroom. He cited modern-day social movements driven by young people, such as March for Our Lives after the Parkland, Fla. school massacre; the work of teenage environmentalist Greta Thunberg; and even King’s own young daughter, who called for a “gun-free world” during the March for Our Lives rally.

“Young people, it feels, are doing more leading than they have in a long time,” King said.

Kean senior Hasan Tariq, a communication major from Port Reading, New York attended both the classroom session and the lecture and said he was “truly in shock” to be in the room with King.

“I learned about the importance of voting, that we truly need to vote to make a difference,” Tariq said.

Both the lecture and classroom session were moderated by Dean Christine Thorpe, Ed.D., of Kean’s Nathan Weiss Graduate College. Prior to King’s taking the stage, the audience was also treated to the Unofficial Biography of Martin Luther King, Jr. told in hip-hop and rap by musical artist Shaun Boothe. The musical performance drew a standing ovation from the crowd.

Thorpe, who said she was “incredibly pleased” to take part in the day, introduced King to the audience.

“Martin Luther King III has seized the torch lit by his parents and is continuing the quest for equality and justice for all people,” she said. “He has been motivating audiences around the world with his insightful message of hope and responsibility.” 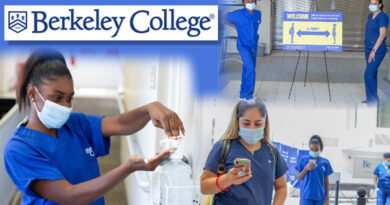 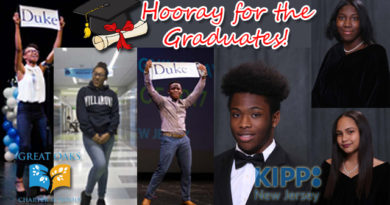 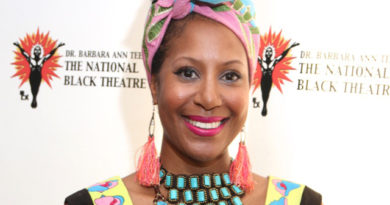