In the summer of 2016, the killing of black youths in Minnesota and Louisiana and subsequent killing of five policemen in Dallas brought to the fore the “Black Lives Matter” theme. At that time, I wrote a piece called “Black Lives Matter.” Then and now, it is an antagonizing and contentious phrase that fuels the racial fire that has been scorching our land since the shooting of Michael Brown, which occurred on August 9, 2014. Regardless of one’s views on race, “black lives matter” evokes great emotion.

A common refrain is, “Of course black lives matter; all lives matter.” And when that response is given, the anger index rises all the more in many black people. And most white people don’t get it.

So, in the midst of this COVID pandemic, what black lives matter? Hundreds of thousands of black first responders, health care givers, small business owners, school teachers, Christian leaders like George Floyd, and every black life created in God’s image. And these wonderful black lives are victims, like everyone else, of the senseless criminal acts and violence being done using the killing of Big Floyd as justification to vent their anger and pain. Unfortunately, many who act under that slogan by rioting, looting and vandalism, ruin a noble cause by their shameful expression.

The rest of the country knows George Floyd from several minutes of cell phone footage captured during his final hours. But in Houston’s Third Ward, they know Floyd for how he lived for decades—a mentor to a generation of young men and a “person of peace.”

Before moving to Minneapolis for a job opportunity through a Christian work program, the 46-year-old spent almost his entire life in the historically black Third Ward, where he was called “Big Floyd” and regarded as an “OG,” a de-facto community leader and elder statesmen, his ministry partners say.

Floyd spoke of breaking the cycle of violence he saw among young people and used his influence to bring outside ministries to the area to do discipleship and outreach, particularly in the Cuney Homes housing project, locally known as “the Bricks.”

“George Floyd was a person of peace sent from the Lord that helped the gospel go forward in a place that I never lived in,” said Patrick PT Ngwolo, pastor of Resurrection Houston, which held services at Cuney.

Ngwolo and fellow leaders met Floyd in 2010. He was a towering 6-foot-6 guest who showed up at a benefit concert they put on for the Third Ward. From the start, Big Floyd made his priorities clear.

“He said, ‘I love what you’re doing. The neighborhood need it, the community need it, and if y’all about God’s business, then that’s my business,’” said Corey Paul Davis, a Christian hip-hop artist who attended Resurrection Houston. “He said, ‘Whatever y’all need, wherever y’all need to go, tell ’em Floyd said y’all good. I got y’all.’”

The church expanded its involvement in the area, holding Bible studies and helping out with groceries and rides to doctor’s appointments. Floyd didn’t just provide access and protection; he lent a helping hand as the church put on services, three-on-three basketball tournaments, barbecues, and community baptisms.

“He helped push the baptism tub over, understanding that people were going to make a decision of faith and get baptized right there in the middle of the projects. He thought that was amazing,” said Ronnie Lillard, who performs under the name Reconcile. “The things that he would say to young men always referenced that God trumps street culture. I think he wanted to see young men put guns down and have Jesus instead of the streets.”

The Christianity Today article continues; I encourage you to find it and read the rest. Regardless of his Christian faith and ministry, his murder is a terrible tragedy. No one deserves to die that way. And at the hands (knee) of a police officer — can there be a worse evidence of the terrible corruption of a human heart — and now the soul of our nation, which is already reeling over the loss of over 100,000 citizens in the past few months due to COVID, is deeply wounded again.

I would image Big Floyd would be the last person to want to see the violence and destruction being waged as an outbreak after his death. But I also imagine he would be marching in every rally that is peacefully calling attention to the brutality often waged against black men. As a believer, I mourn his loss as a person made in God’s image; I mourn his loss because of the way it happened; and I mourn his loss because he was a warrior for the Kingdom of God. God, help us.

But for another reason, I support “Black lives matter,” referring not just to the survival of black people, but to their quality of life. Working in the city of Newark in a college that is 45% Black, I am deeply committed to serving the underserved with accredited, Christ-centered education. It matters to me that my students — my friends, my sisters and brothers — have every opportunity to enhance their spiritual, professional, and economic lives. As a community of people historically marginalized, many African Americans and others have attended poor quality public schools that have not prepared them well for college. But given a chance, many of them are eager learners. Their black lives matter a great deal to me.

Christian people, can we not all agree that “You will know the truth, and the truth will set you free” was not given just for Jews and Caucasians? To Him who said this and who is the Truth — absolutely, Black lives matter.

*Pillar College is a multi-site campus in Newark, Somerset, Plainfield and Paterson New Jersey. It enrolls approximately 600 hundred students in its associate, undergraduate, and graduate degree programs. Pillar College offers students opportunities for degrees in Business Administration and Management, Organizational Leadership, Psychology and Counseling, Marriage and Couples Counseling, Elementary Education, and Ministry Leadership. Its goal is to facilitate learning and transformation for its graduates. 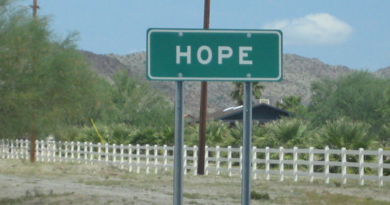 Finding a Bit of Much-Needed HOPE 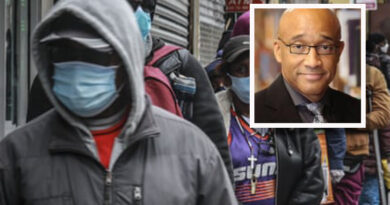 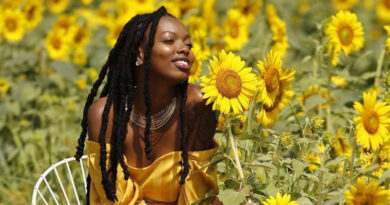 Faith and Trust in God Trumps Everything