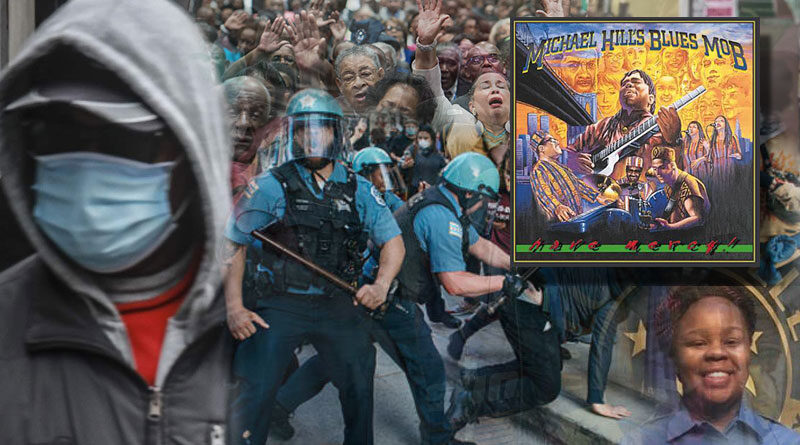 With the pandemic crisis, black people are especially under pressure in areas of health, education, finances, housing, employment, business and public safety. Combined with reports of police violence, racism and the upcoming presidential election, a “perfect storm” looms! As in the lyrics of the song currently playing on Positive Community Radio*, it’s Bluestime in America!

In the midst of it all, we are witness to a merciless, relentless, unholy war that has been launched upon the very souls of our children by an entrenched entertainment industry! The wholesale destruction of values; fortified and financed by corporate, commercial advertising/marketing.

The “enemies of progress” seek to exploit and distort our narrative (story) for selfish greed and short term financial gain! They dominate media; control cultural critique, ultimately influencing fashion trends and the flow of consumer dollars.

And now, at such a time as this, they insult us all; robbing our children of their dignity and innocence by flooding the public airways with the “WAP Song” just weeks before the new school year begins! At the time of this writing, the record, released in early August, has been #1 on the Billboard’s Hot 100 for three weeks; with about 200 million downloaded social media views world-wide. Most adolescent teens (13–17 year olds) are familiar with the performers and many have already memorized the lyrics!

Apparently, unwittingly, the “Negro Tribe” has all but surrendered any claim to cultural sovereignty. Others determine what’s best for us and our children—just like in the days of slavery! And to think, even some of the most trusted Fortune 500 companies/brands are actively involved in the sordid enterprise of supporting and encouraging these wicked, unfair and enslaving practices!

God Bless the Children
As expressed in the words of the African American Cultural Narrative, we too are inheritors of a mighty legacy worthy of remembrance and celebration. Yes, it’s all about origins and destinies; community progress and cultural pride! It is patriotic—all American—and all good!

The great Cultural Narrative was first written in 2012, in anticipation of the 150th anniversary of the Emancipation Proclamation—The Great Emancipation of 1863—on January 1, 2013. It is simply our American story—a people’s claim on the American Dream.

The progress of our children and the integrity of the people’s culture, values and traditions—our collective soul—mean everything! The durability of this concept was demonstrated and revealed to much acclaim by all who attended TPC’s soldout Emancipation Day Awards Banquet* on January 1, 2020 at the Robert Treat Hotel in Newark, NJ.

Because of the pandemic, the January 1st, New Year’s Day event will be a virtual live culture and entertainment experience. It’s TPC’s Great American Emancipation Day Awards and Celebration 2021. The theme: God Bless the Children!

Positive Community Change
The dawn of a new, exciting, inspiring season for positive community change is now upon us! This is about the salvation of our own community, our children’s future; our cultural assets. It is therefore, our moral duty—our God-given right and sacred obligation—to preserve, protect and promote our very best in the interest of future generations and American progress. Together, we are called to ensure the survival and safe-passage of values from this generation to the next—a noble and righteous cause!

Indeed, forward-thinkers in corporations, government, public and private institutions, churches, civic and community service organizations and individual families would welcome and embrace a movement for positive community change! This movement has at its core, a philosophy that promotes positive, community-building ideals: self-acceptance, self-reliance and self-respect.

Save-the-date, January 1, 2021 everyone is invited to join this grand celebration of American freedom—the very best in black life and culture—with The Positive Community family! On New Year’s Day, we begin again!

At the end of the day, this not about race, gender, wealth, social status or political affiliation; rather it’s about right or wrong; truth and error; good and evil; true and false liberty—the positive, the negative. These are matters of the soul, the spirit and of personal choice. That being said, the important question for our times: Whose side are you on? 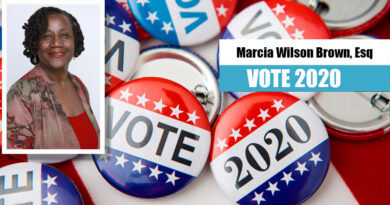 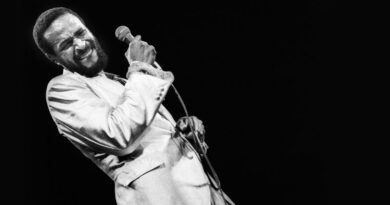