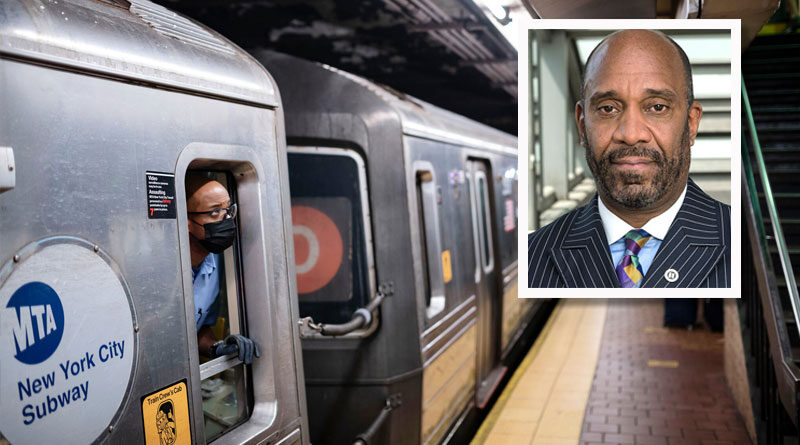 Creating REAL Economic Opportunities for All

The Metropolitan Transportation Authority Corporation (MTA) manages, maintains, and runs subway and bus service in New York City. It is the largest public transportation agency in North America and one of the largest in the world.

In 11 years as chief diversity and inclusion officer at the Metropolitan Transportation Authority, Michael J. Garner has taken the agency from worst to first in awarding contracts to minority and women-owned business enterprises, (MWBE). Since Michael Garner’s arrival in 2009, diversity programming implemented by him and his teams have provided $10.3 billion in payments to NYS certified Minority and Women and MTA certified Disadvantaged Business Enterprises. Now, with the much anticipated infusion of federal funding under President Biden’s infrastructure bill, Garner has expressed his intent to “work some magic.”

His claim to do so is no idle boast. It’s backed by years of making magic with numbers. For instance, in his first year in his current position he took the MTA to the top in diversity contracting. When he joined the agency, it was awarding just six percent of contracts to MWBEs and showed up dead last among the 97 agencies in the state. Governor Kathy Hochul recently announced the MTA’s nationally celebrated program to mentor local minorityowned, women-owned, and disadvantaged businesses has helped participating companies win a total of $500 million in MTA contracts since the state’s program was founded in 2010.

“Contracts awarded to NYS certified minority and women-owned businesses during my tenure at the MTA now total $6 billion, Garner said. “We are now ranked number one among all state agencies in awarding contracts to MWBEs, and,” he added, “monies paid during my entire career including stops at the NYC Housing Authority (NYCHA), and the New York City School Construction Authority (SCA), total $12.5 billion.”

Harlem-born and Chicago raised, Garner has made it his personal and professional mission to create a more diverse industry by empowering MWBEs throughout the state. His affinity to do so was engendered during his 14 years at the SCA. With a $13.9 billion budget, Garner instituted several innovative and aggressive MWBE programs, most notable among them a mentorship model. “Under this program we afforded small construction companies opportunities to bid for SCA projects as prime contractors. To support them we provided training, loans, and bonding assistance.” When Garner finally left the agency in 2009, it ranked as having the best MWBE program in New York.

With David Patterson in the New York State Governor’s mansion, Garner was drafted to the MTA ready to chart a course that would steer the ebbing ship to solid ground. “At the time the MTA was not doing an effective cont’d on next page Harlem-born and Chicago raised, Garner has made it his personal and professional mission to create a more diverse industry by empowering MWBEs throughout the state. job awarding contracts to MWBEs. “One way in which we improved the MTA’s performance on diversity contracting was to institute a mentorship program mirroring the one in place during my time at the SCA. But the first thing we did was a listening tour with the aim of hearing what minority owned businesses had to say,” he explained. “This yielded great results and we learned a lot. With that information we were able to put in place some effective MWBE programs. Chief among them is the MTA’s Small Business Mentoring Program, which helps break barriers for businesses owned by minorities, women, disadvantaged people, and service-disabled veterans in New York State.”

With an 80-member team, Garner is responsible for all things diversity at the MTA, and is nationally recognized for his design of one of the country’s leading business development programs for minority-owned, women-owned, and disadvantaged business enterprises (MWDBEs).

By its sheer size, the MTA is going to be on the receiving end of a large chunk of President Biden’s infrastructure funding. “The MTA represents 40 percent of mass transit riders in the nation,” Garner said. “Translated into figures we have a five-year capital budget of $54.8 billion. Couple that with the Port Authority of New York, which has a $33 billion budget, it makes $87 billion in contracting opportunities available in New York.”

To ensure that New York City’s piece of the federal funding pie is both healthy and hefty, Garner and other diversity chiefs from state agencies have been meeting regularly. “The aim is to come up with strategies that will allow individual agencies to award contracts in an inclusive manner,” he said. “We are the guardians of taxpayers’ dollars. As such we have a fiduciary responsibility to ensure these dollars are not just spent effectively but inclusively as well.”

Taking the long view of what contracts mean to MWBE businesses, Garner highlighted the correlation between securing contracts and wealth building. “Access to contracts allows people to become job creators and in turn afford employees the opportunity to purchase homes, send their children to college, benefit from the healthcare system, and become part of the American Dream.”

According to Garner, part of the anticipated plans for the infrastructure funding is to protect and mitigate the subway system and other MTA properties from hurricanes and other natural disasters. “This is something we started after Hurricane Sandy,” he explained. “If we had not done so, the effects from Ida would have been much worse. With the infrastructure funding we will be able to replace old tracks, build new signals and make the LIRR and Metro North ADA (Americans with Disabilities Act) accessible. And we are going to do all this in an inclusive manner.”

Other than the infrastructure bill, the other hot button topic surrounding the MTA is the pandemic, which greatly affected the system. But while others focus on the negative and the loss of what was 90 percent of ridership at the height of the pandemic, the ever vigilant and pragmatic Garner reflected on the positive outcomes. “During the pandemic the MTA was the safest and cleanest of any transportation system anywhere,” he said. “That’s because we shut down from 1a.m. to 5a.m. every day and disinfected everything including all our subway cars. We spent $100 million on COVID equipment and services, which we purchased from women and minority businesses. Under ordinary circumstances, once there is an emergency declaration all procurement rules go out the window. But we still went out of our way to order masks, gloves, and cleaning services from our MWBEs.”

While everyone waits with bated breath for the passage of the trillion dollar infrastructure bill, like the most seasoned of magicians Garner is harnessing his tools. But in his bag there are no tricks, only solid investments in human capital to turn fortunes that were once worst, to first.

Michael Garner is a trustee at Harlem’s Canaan Baptist Church, an executive board member with the Greater Harlem Chamber of Commerce, and immediate past president of NYC Chapter of One Hundred Black Men. 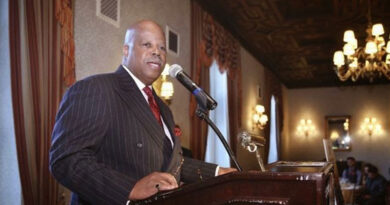 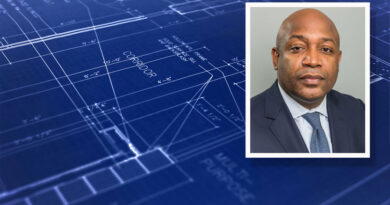 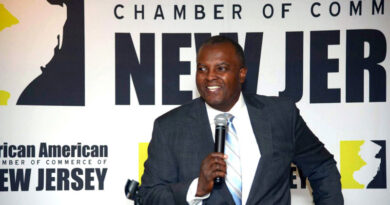