Sonja D. Gracy, author, playwright, and NYC public school teacher is currently working on her next book, God and the Girls.

The question of how to affect new, cutting-edge, equitable, empowering curricula to meet 21st century skills ranks second only to the why of teaching. I pondered this question last summer.

Former Fordham High School for the Arts Principal Michael Johnson Jr. believed new teachers should know their reason for teaching. When Nick Siewert, a senior educational consultant for the Teaching Matters organization, began our summer professional development session with an icebreaker to share our whys, I came armed to recount a small win that helped cement my pursuit of this calling.

I shared with Jesse Curti, a former restaurant manager turned U.S. History and Personal Finance teacher, my story about a student I’ll call Laneesha. By far the leading female brawler at the top of the turbulent teen food chain at the South Bronx school where I taught as a substitute. Laneesha could be quite genial, but had a get-you-goodand- told style and was infinitely more popular with boys than girls. On top of that, she could write checks her fists could furiously cash. Many girls envied her.

When Laneesha found out a group of girls planned to jump her, she told a school paraprofessional, “…if those girls jump me, there’s nothing I can do about it. But they should know I’m coming back, and when I do, I’m gonna stomp each of ‘em one by one.” The paraprofessional spread the warning, and the proposed jumping? Instantly quashed. Laneesha’s bravado made her “the one by one girl”—she didn’t issue idle threats.

The first time I covered her biology class this mythic, teen, female fisticuffer floored me with her admirable and assiduous recount of chromosome structure, its quantity, and its foundational role in human genetics. During independent work time, I scooted beside her with brimming incredulity at her STEM-sational prowess. Laneesha sensed it and smiled a coy smile.

“I’m not dumb, Miss,” she said. “I didn’t think you were,” I shot back. “But let’s face it, you’re known more for fighting than for science.” She stopped smiling. “Why don’t you become known for something other than fighting? I mean, nobody’s going to mess with you here—unless they’re a new student or just plain crazy.” Laneesha laughed. “If you know science like this,” I began, “why don’t you try to make the honor roll?” Now it was Laneesha who was shocked.

“Are you serious, Miss?! Me?” Laneesha said with eyes wide with surprise. “You think I could make the honor roll?” “Sure do!” I told her with absolute certainty. And within a year’s time, I watched this brawler blossom into a table leader and inquisitive English Language Arts lover in an ELA class I co-taught that spring. It was in June that Laneesha and I shared a joyous bear hug as we tracked her name on the huge, meritorious honor roll in the school’s corridor.

Now, the term “one by one” is my why for teaching. I love this endeavor. And even if I become the world-famous writer and producer I aspire to, I’ll still find a way to teach teens. Nothing compares to the thrill of witnessing teen potential unfold in front of you in ways that teaching yields. Because of that, I’ll keep striving to make a collective effect on education through gains mutually inspired, teacher to student, “one by one.” 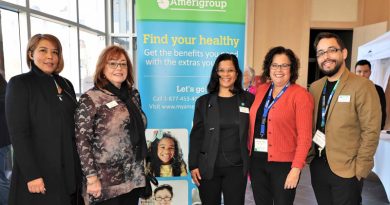 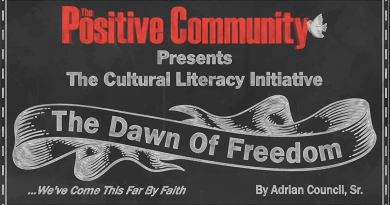 The Cultural Literacy Initiative | A New Language of Freedom 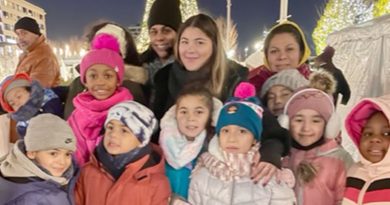