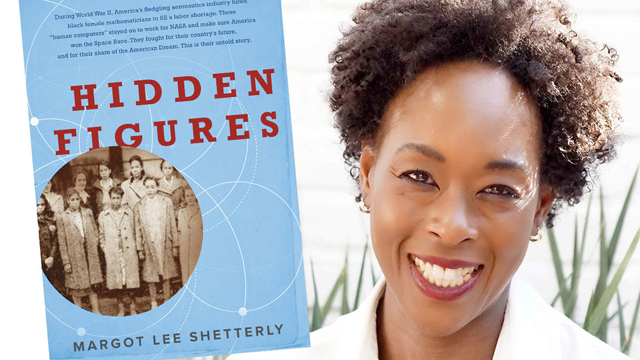 One of the most highly anticipated and talked about films of the year is “Hidden Figures.” Starring Taraji P. Henson, Octavia Spencer, Janelle Monae and Kevin Costner, the film is based on the true story of a group of extraordinary Black women (Katherine Johnson, Dorothy Vaughn and Mary Jackson) from segregation-era Virginia, and the important contributions they made to the space program and defense industry in the United States during the Cold War. They all started out as talented mathematicians. Eventually, one became a computer programmer and another an aerospace engineer. The third was instrumental in facilitating astronaut John Glenn’s orbit of Earth. All rose very far in their careers at NASA. The person responsible for bringing that story to the public’s attention is Margot Lee Shetterly, who was also raised in Hampton, Va., albeit in the post-civil rights era. Shetterly’s book, “Hidden Figures,” upon which the movie is based, was recently published and has garnered overwhelmingly positive critical response.

How did the book come about?

Shetterly: The backstory is that I was visiting my parents, and we ran into a woman who ran Sunday School at my church. My dad was talking about her, and it turned into this general conversation about Katherine Johnson and some of the other women, and the work that they had done there with NASA. My dad’s a NASA research scientist. I knew them. I knew they worked with him. Things like that. So my husband said, “Wait a minute. This is an amazing story. How come nobody knows about this?” Here is this outsider, my husband, who could see it with fresh eyes and say you know what, this is an amazing story. So it was really that moment that was the spark for me to want to tell the story—the book that became “Hidden Figures.” I wrote the book that I had wanted to read my entire life.

Is the situation that occurred at NASA with these women a unique one, or are there other stories like this one in the United States?

Shetterly: I think it’s both. I think this is kind of a unique case because Hampton Virginia is a real community that’s been supported by the defense industry for a very long time, and NASA was a part of that. So that is something that sort of made it kind of unique. There were always a lot of people who were technical in not just NASA but also engineers for the military, people who riveted ships, and you know all variety of technical jobs. I think there are similar places but I think that Hampton is kind of unique. It is surrounded by this population of well-educated, middle-class African-Americans. You’ve got Hampton University right there. I mean, it used to be called Hampton Institute, it is but one of the oldest Black colleges. You’ve got Howard University not so far away. You’ve got A&T, Elizabeth City State, Norfolk State, Virginia State. I mean the number of Black colleges within like a day’s drive are so many. So you have this amazing supply of qualified Black labor that I think in a lot of other places you didn’t find because of the proximity to HBCUs. I think it was the coincidence of the war industry in WWII. It was that the war industry needed people and they were able to find them not that far away.

What if anything, do you believe we can do to make this aspect of Black history more integral to mainstream history curricula in our schools?

Shetterly: I think we need to start writing en masse, our own stories and I feel like it happens over time that we get more and more Black writers, Black publishers, people who see the value and can make these projects happen. It’s important to tell the stories of slavery and civil rights, but you know what? I want protagonist stories. I want stories where Black people are living normal lives. People go to school. People have hopes and dreams. People do mathematical formulas. They factor quadratic equations like the little girl at the beginning of the movie did. I think it’s most people’s experience, you know, between these big moments of racism or whatever, people are living their normal lives like everyone else.

Your book and the film that’s based on it is proof that obviously Blacks have the capability to excel in science and technology. Why is that not reflected more often in our experiences? For instance, here in New York City, Blacks constitute a disproportionately low number of students at its top math- and science-focused specialized high schools. What are your thoughts on that?

Shetterly: I think there was a real model there in Hampton, Va., where these forces came together sort of like a great natural experiment, and I think maybe if we could recreate some of those forces, although obviously some of them we can’t. Supposedly the reason why this happened was because of the war and the simple demand for technical skills made it necessary for the country to find help wherever they could get it. There is this idea that Black and science don’t go together when in fact there are quite a few Black people working in science, even beyond places like Hampton, Va., which is unique because it’s kind of a cluster. As important as it is to increase the number of people in the pipeline, I think it might be just as important or just as effective to really showcase the people who are there and who have been there. I think if we can change the perception, we have a really good chance of influencing the choices that people make

Did you have a role in the making of the film at all, beyond allowing its adaptation into screenplay form?

Shetterly: Yeah, they consulted with me and I also have an executive producer credit, which I am thrilled about. It was really an unusual circumstance because I was working on the book at the same time the movie was being worked on. That’s because they optioned my book proposal. They didn’t option the book. So it was really exciting. I mean it was terrifying because this is my first book. I had never written a book before so I was learning how to do that at the same time. I was really going up this learning curve on what it meant to have a book adapted for film. 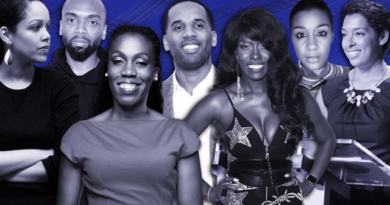 Black Innovators Who Are Creating A Better Tomorrow 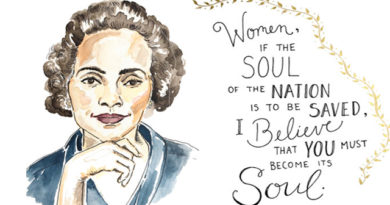 18 Quotes From Women Who Have Made History 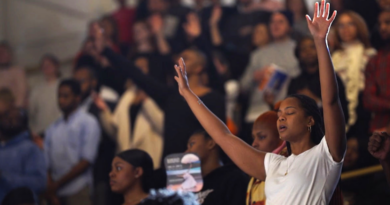