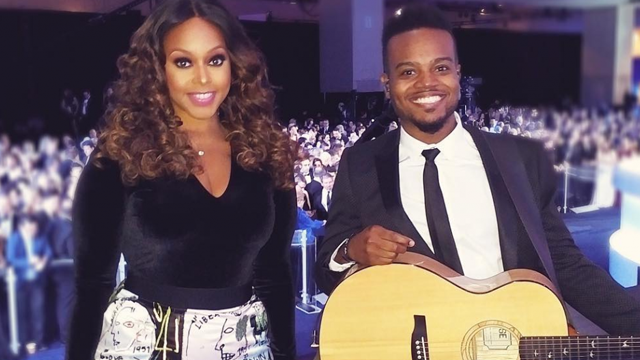 Without question President Donald Trump’s presence has ignited mass resistance across the world (see: the Women’s March). So when singer Chrisette Michele agreed to perform at this year’s Inaugural Ball alongside Travis Greene, Tye Tribett and Jonathan McReynolds, many anti-Trump enthusiasts took that as a sign of her support for the 45th POTUS.

Amid the uproar (and rumors of her $750,000 payoff), celebrities took aim at her decision, including filmmaker Spike Lee who pulled her “Black Girl Magic” song in his upcoming Netflix series She’s Gotta Have It.

“I was so saddened by Spike Lee’s comments because he’s somebody that I look up to in our community,” she tells Billboard. “Now that I’m working on my own show, I’m looking to him, so he’s the one I’m supposed to be able to come to and say, ‘Ok, Spike, you understand my city, where I’m from, my world, show me how to do this.'”

However, just days after the uproar, the Grammy award-winning singer released “No Political Genius,” a poetic response to the backlash and an artful breakdown of her feelings on how the country can move forward. “We can either shift for love or we can shift for division,” she says, “and I’d much rather shift for love.”

Billboard caught up with Michele to talk about her Inaugural Ball experience, her forthcoming poetry album and why she didn’t actually meet Trump.

Take me through your thought process for the decision to perform at the Inaugural Ball.

When we got the phone call, and this may sound crazy, there was literally no hesitation. I turned my phone off. After seeing what happened to Jennifer Holliday, I literally turned my phone off because I knew if I was going to make any type of decision, I couldn’t be swayed left or right by what anybody thought. I had to just go with my own convictions. I changed my phone number also. I didn’t even think to say no. It didn’t cross my mind. The first thing I thought was that I have an opportunity to get in front of these people who don’t seem to understand who they’re talking to and show them what we look like. I felt automatically committed to making sure that I stood up for the women who’ve felt disrespected and the minorities who felt disrespected, communities that felt that they weren’t being heard or understood. I thought that it was almost my responsibility to not just say yes but to say yes with purpose, so that was my reasoning. And no, I didn’t think twice about it.

I’ll say that the backlash, I did personally feel, came from members of my extended family who decided that they didn’t want to speak to me anymore or support my family in supporting me. As far as social media goes, I didn’t really look at it much. The two biggest things that I did experience internally was two celebrities who I had much respect for: Questlove and Spike Lee. Those were kind of the two things that I took a look at.

Because you had no hesitation, it makes me wonder what your thoughts were throughout the campaign.

I’ll start by saying that I have a lot of activists, a lot of people who are Black Panthers, in my family, I’ve got a lot of people who marched, and watching these marches and watching the older people in my family have to experience [these times] was, for lack of a better word, traumatizing. I called my mom asking if she was upset by looking at [young people protesting] and I asked, ‘How devastating is it for you to have to watch this?’ And my mom almost gave me what I felt like was a blessing. She said, ‘Now it’s your turn.’ And while I was so upset that I had to have a turn to do what she already did, I took that and ran with it.

I recently spoke at Harvard University about how we can use art for change. I sat with a lot of different folks in politics to see what can happen. So when I got the offer [to sing at the Inaugural Ball], the only thing I thought of was what I could do to fix this. We sent in an offer for how much we charge and they said, ‘Well we don’t have that,’ and the first thing I thought then was how I sang for Barack Obama and Michelle Obama free of charge. This is not a money thing.

Did you perform at the Ball for free?

In “No Political Genius,” you say that “division isn’t smart now.” What do you feel is the best way to move forward?

First of all, when Barack Obama got into office and the Republican elected officials walked out on him in so many ways, that wasn’t smart because now, their America isn’t represented. When we received our fate recently and our Democrats walked out at the Inauguration, it was kind of the same thing and my stomach dropped, not because I don’t understand, but now it’s like, well if you’re not equipped to handle this situation then who is? I don’t have any sort of political degree or agenda. I named the album No Political Genius for that reason, but I think that the most important thing for us to do now is talk to each other and to people who we may have never spoken to and begin to understand each other’s struggle to see what we do have in common so that we can see where we can unite and what we can fight together.

With “No Political Genius” and with the production I’m about to create for television with No Political Genius, I’m taking on the mission of speaking to congressmen and women, elected officials all around the country and then speaking to people just like me who don’t understand what they’re talking about, bring them our questions and get some answers on how we can move forward. And I think that begins with conversation. With No Political Genius, that is my goal — just to begin the conversation. Everyone is having some passionate response to what’s happening even if we don’t understand. Yeah, we laugh about the comb over but it’s not funny.

And I don’t know if people know the facts. I know I’m just a singer and to some people that’s all I’ll ever be, but I’ve got to do something. It will break my heart if we decide to divide now. I thought I’d said enough on “Let Freedom Reign,” I thought that I had said enough by going to Afghanistan and going to colleges and mentoring young people. I thought I had said enough that somebody would know that Chrisette’s not going there to dance at a ball but to make a statement.

Were you able to meet President Trump?

Originally I was supposed to perform directly after his first speech, and I had done that with Barack Obama before, so I was used to that kind of experience. And the woman who organized the event came and told me, “Now you’re going to go first and he’s going to go after you.” I looked her in the eye and said, “My family has disowned me. If you decide to Google me, you’ll see that America is writing about me in their newspapers. I’m the black poster child for discord right now, and he’s not going to shake my hand?” So no, I didn’t get to meet him.

Did you take that as a slap in the face?

I know he has a lot of other things going on. I don’t know if, like Barack and Michelle, he’s listening to my album or that I’ll be on his summer playlist, so I don’t want to take it that way. I’d rather be optimistic and think that they’ll come another chance where I can talk to him. But I definitely did take the time enough to meet as many of the 60,000 people in the room as I could that night and begin to exchange information. And there were a lot of people who are excited to sit down and talk, who worked on his campaign.

On “No Political Genius,” you also name drop John Lewis, someone who has called out Trump’s antics. Do you feel he would agree with your decision to sing at Inaugural Ball? And since you mentioned tuning a lot of the backlash out, would his opinion matter to you?

Oh my goodness. I care deeply! I care deeply about John Lewis. I went down to Selma for the 50th anniversary and performed there also. That didn’t make the news but that happened. I understand my history, I know where I came from and I understand the discord and the discontent from the great activists that have come before me. With John Lewis saying that President Trump’s presidency is illegitimate and him clapping back, if you will, the way that he does, it’s just uncomfortable. The truth is if I could sit down with John Lewis, I would ask him, “What would you have me to do?” I hope that those who paved the way for us know how deeply we need them and how deeply we need them to understand who we are right now and the pivotal moment that we’re at right now.

The inspiration is obvious but take me through the writing process.

For the two days after the ball, I decided to take the weekend, turn my phone off, journal and just be quiet because it was so much noise. No one can hear if anyone is shouting. I went to bed when I got home, woke up at three o’clock in the morning, and all of a sudden all these words were just in my head. I spent maybe five or six hours writing down every word in my head. I didn’t get afraid of what I was saying or of offending anybody. I decided that if I was as affected by what was going on in politics as I was that it was my right to write about it. This past Sunday, I went into the studio and recorded five poems and a song. But it came to me out of nowhere and I had to record it.

So, this is the lead on No Political Genius?

Well, I’m just gonna keep releasing poems until I get them all of my chest. I’m gonna keep going until I feel empty. A song wasn’t the right thing to do right now. I didn’t feel like singing.

What was your reaction to the Women’s March?

It was the most heartwarming feeling that I’d had all week. I’d felt so disappointed but when I saw all the pink hats and when I saw Alicia Keys, Janelle Monae and Madonna, I felt like we’re gonna be OK. We’re gonna figure this thing out.

What’s next? What would you suggest others do to cope for the next four years?

I challenge everybody to put their phone down for an hour twice a week. Spend one hour reading a newspaper and spend hour watching the real news. And when you do that without your phone, without opinions, I want you to journal what you think. See what you can fix, and if you can’t fix something, find somebody who can.

Listen to Chrisette Michele’s second track “Summertime” off her forthcoming project No Political Genius below. 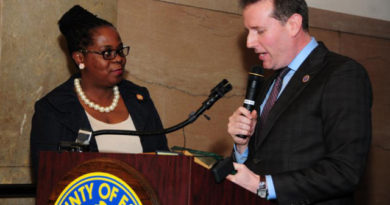 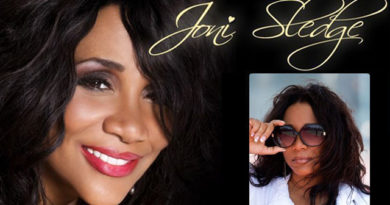 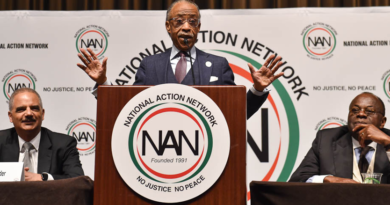