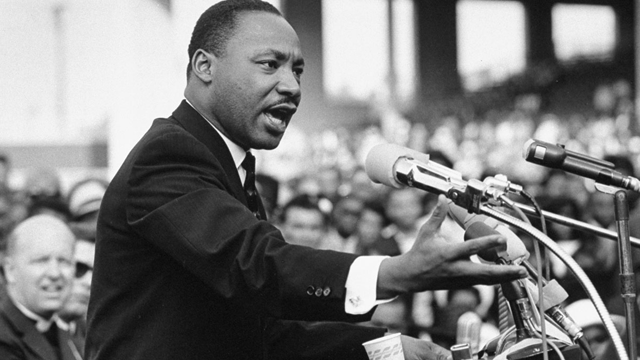 A Celebration of Achievement, Faith, and the Future

“As long as the mind is enslaved, the body can never be free. Psychological freedom and a strong sense of self-esteem is the most powerful weapon against the long night of slavery” —Rev. Dr. Martin Luther King, Jr.

Happy New Year! Blessings of health, prosperity and happiness to all! The year 2017 brings with it a new reality: Donald J. Trump is President of the United States of America. After 8 years in the nation’s highest office, President Barack Obama, his wife Michelle and their children Sasha and Malia take leave of the White House to continue on with their lives as private citizens.

Without question, the historic elections of this nation’s first black president are a sterling achievement for American democracy at home and on the world stage. For the African American group personality, the presidency of Mr. Obama is a cultural achievement equaled in significance only to the triumph of Rev. Dr. Martin Luther King, Jr.’s 1963 March on Washington at the height of the civil rights movement!

The Obama family has made us very proud. There’s dignity in their presence. Back in the day, in generations past, members of our community would gleefully refer to them as “a credit to the race!” With great pride we will tell our grandchildren and future generations about President Barack Obama and Michelle Obama as America’s First Family!

And now, we turn our focus to the future. To measure potentials and possibilities, analysis begins with an assessment of our collective assets and possessions; talents and gifts: Like Martin Luther King, Jr., Barack Obama is a cultural asset—forever ours; the Black Church as an institution of spiritual leadership, faith, values and tradition is a cultural asset; a well educated man or woman, healthy in mind, body and spirit is a cultural asset; Knowledge of past struggles, sacrifices and triumphs through study of Afro-American history—our American story—is indeed, a cultural asset.

The very best of our music, black folk music—the Work Songs, the Negro Spirituals, Blues, Jazz, Gospel, R&B, Soul Music, Hip-Hop and Spoken Word should ideally, be a much valued cultural asset. About the Future At The Positive Community (TPC), we so deeply appreciate the out-pouring of love and support, especially from our faith community, for this annual Martin Luther King special edition, featuring President Barack Obama’s Farewell Tribute. We affirm our reality when we join together in unity to do something positive. And yes, family, community and teamwork are cultural attributes!

Today, TPC is among the very few remaining African American owned media companies in this region. We continue to operate at an extreme disadvantage in a most hostile media environment. Look at the popular media images of our people, especially the young people. Well-financed, entrenched corporations—radio and TV stations; record companies, internet and print media companies that claim to “represent” black consumers in the marketplace are earning hundreds of millions of dollars at the expense of our collective dignity, community pride, self-respect and self-esteem.

The future is in peril. A wicked, relentless and unholy war is being waged upon the souls of our children—false liberty disguised as freedom. Enslavement of an entire generation to fashion and debt is the net result of this sad and most unfortunate trend.

I believe there is nothing more urgent than a sincere discussion about the future. Let’s bring together intellectuals, artists and laymen to produce a well publicized series of ecumenical, secular and non-secular lectures and roundtable discussions on topics like health, business/finances education, morals, values, ethics, religion, culture, music, the fine arts, theater, spirituality, happiness and the future with all its many subdivisions. We will seek institutional and corporate sponsorship—community partners—to help underwrite costs.

A New Song of Freedom

A New Song of Freedom We’re talking about a much needed conversation about the intangibles, with an understanding that there is no political solution to a spiritual and cultural crisis. We’ll approach all discussions from a glass half filled perspective. The times demand that the art of living be re-mastered within a single generation. Think about the amount of technical innovation and scientific discovery that’s come into our lives in just the past 25 years. Civilization cannot go forward; social progress will grind to a halt without a new language of freedom; a new song of freedom and hope—Positive Music Matters!

Yes, there is a practical nuts and bolts business reality that we must contend with if we at TPC are to grow and prosper. But let us not discount the power of the ideal as a sustaining force. Martin Luther King’s I Have a Dream speech was just that! The Obama presidency is the Dream manifest.

There’s a universal truth; a theme to be applied to Mr. Obama’s personal conduct and approach to many of his challenges as leader of the most powerful nation on earth. The take-away for future generations, the Obama legacy: Keep it Positive; Keep it Moving! 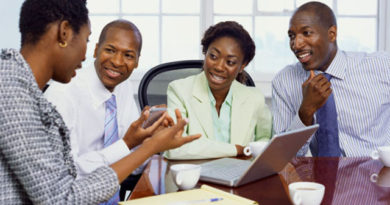 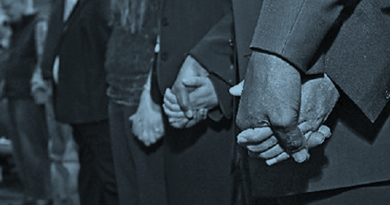 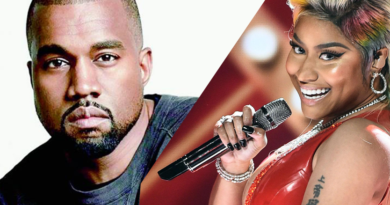