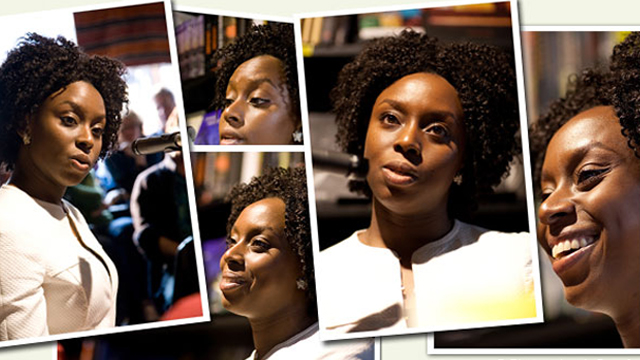 Chimamanda Ngozi Adichie doesn’t mind if you don’t like her.

Too many women worry about being liked, she says, and that’s not only misguided, but also damaging.

Millions of people like Chimamanda Ngozi Adichie anyway. She’s the best-selling author of “Americanah” and “Half of a Yellow Sun.” She’s the face of a makeup company. The title of her 2013 TED talk, “We Should All Be Feminists,” is emblazoned across designer T-shirts worn by the likes of Rihanna, Natalie Portman and Jennifer Lawrence. Beyoncé sampled her speech in a song. She’s won a MacArthur “genius” award, a National Book Critics Circle Award — and been on Vanity Fair’s best-dressed list.

Now she’s written a book that might not sit well with everyone. But that’s okay.

“I need to speak my truth,” she says.

Adichie, who splits her time between Columbia, Md., and her native Nigeria, is passionate about equality. (Read the T-shirts.)

Women, she chides, we cannot be in this just a little: “Being a feminist is like being pregnant. You either are or you are not.” Enough with this idea — which she calls “feminism lite” — “that men are naturally superior but should be expected to ‘treat women well.’ No. No. No. There must be more than male benevolence as the basis for a woman’s well-being.”

Her new book, “Dear Ijeawele, or a Feminist Manifesto in Fifteen Suggestions” (Knopf) offers, as its title advertises, 15 ways that we — parents, mostly — can encourage girls to be strong, to plant the seeds of feminism. But more than that, Adichie hopes the book will help “move us toward a world that is more gender equal.”

Doing so means knocking down ingrained assumptions about how men and women think and behave, especially around domestic life. Among them: Stop assuming women are by default the primary caregivers. A father should do “everything that biology allows.” In other words, “everything but breastfeeding.”

That also means household work: “The knowledge of cooking does not come pre-installed in a vagina. Cooking is learned.” 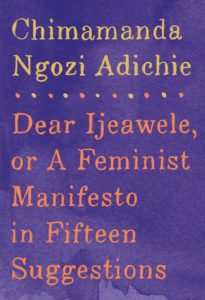 The question that irks her most is whether women can have it all. “That’s very backward,” she says. “It’s a debate that assumes women do all of the child-raising and domestic work — and we give her a special cookie when she works outside the home. When dad picks up a kid one time, he gets seven cookies.”

“I think it is morally urgent to have honest conversations about raising children differently, about trying to create a fairer world for women and men,” she writes.

Adichie, who has a 17-month-old daughter, says those conversations should begin at the beginning. It means holding the same expectations for a child regardless of gender.

“When I go to play groups for toddlers, I can’t help noticing parents always telling the girls to give a toy back, to sit down; the boys, not as much,” she says.

Clothing, too, sends a message. Why dress boys in blue, girls in pink or, worse, in the “bloodless grays” of gender-neutral attire? “Why not just have baby clothes organized by age and displayed in all colors?” Adichie says of her own daughter, “Red suits her well.”

These early-childhood signals stick, she said, and in subtle and sometimes not so subtle ways, are reinforced over time.

“Gender roles are so deeply conditioned in us that we will often follow them even when they chafe against our true desires, our needs, our happiness,” she writes. And, “they are very difficult to unlearn.”

Much of “Dear Ijeawele” will feel familiar to those who know Adichie’s previous works, but this book is more personal, more urgent. “I want to help create the world my daughter will love, to hasten the coming of true justice. I want the world to be better,” she says.

The book, which began as a letter to a friend asking for advice on raising her daughter and was later posted on Facebook, offers practical ways to guide girls, such as: “Teach her self-reliance.” “Measure her on a scale of being the best version of herself.” “Teach her to love books. ” “Teach her to ask questions like ‘What are the things that women cannot do because they are women?’ ” “Never speak of marriage as an achievement.” “Encourage her participation in sports.” “If she likes makeup, let her wear it.”

But “Dear Ijeawele” is more than a parenting book, a genre Adichie eschews. “I bought a few of them before I had my baby, but about halfway through, I said, ‘I just can’t.’ I would rather just see how this thing goes.” (So far, so good, she says.)

The book delves into the personal as well as the political. Adichie points to Hillary Clinton as a prime example of the unfair way women are judged. “We want women seeking power to be tempered by a more domestic side. We don’t expect the same of men,” she says. “Women have to straddle a line so that they are seen as not so forceful that they are a shrew or emasculating, but not weak. It’s a kind of juggling that men don’t even have to consider at all.”

Were she to join Twitter — she vows she never will — Adichie says she would list equally on the same line: “human, thinker, daughter, friend.”

Adichie admits that her slender book won’t change the world, even if the word “manifesto” is in the title, but it’s a start. “I know it sounds cheesy,” she says, “but we really need to have a more just world — and we can make it happen. I believe people can change.” 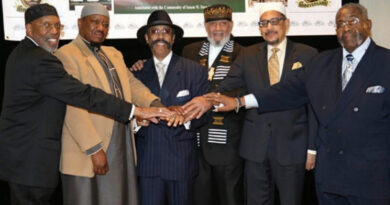 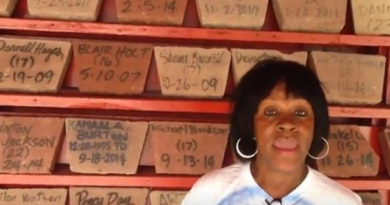 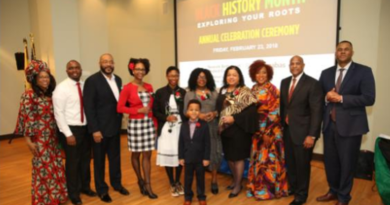