Roger Wilkins, who championed civil rights for black Americans for five decades as an official in the Kennedy and Johnson administrations, a foundation executive, a journalist, an author and a university professor, died on Sunday in Kensington, Md. He was 85.

His daughter Elizabeth confirmed his death, at a care facility. The cause was complications of dementia.

A black lawyer in the corridors of power, Mr. Wilkins was an assistant United States attorney general, ran domestic programs for the Ford Foundation, wrote editorials for The Washington Post and The New York Times, taught history at George Mason University for nearly 20 years and was close to leading lights of literature, music, politics, journalism and civil rights. Roy Wilkins, who led the N.A.A.C.P. from 1955 to 1977, was his uncle.

Roger Wilkins’s early mentor was Thurgood Marshall, the renowned civil rights lawyer who became the Supreme Court’s first black associate justice. And he organized Nelson Mandela’s triumphant eight-city visit to the United States in 1990 as millions turned out to see that living symbol of resistance to apartheid after his release from 27 years in prison in South Africa.

Beyond attending a segregated elementary school as a boy and being arrested once in a protest against apartheid, Mr. Wilkins had little personal experience with discrimination. He waged war against racism from above the barricades — with political influence, jawboning, court injunctions, philanthropic grants, legislative proposals, and commentaries on radio and television and in newspapers, magazines and books.

Outwardly, he was a successful, popular black man with more white acquaintances than black friends. The second of his three wives was white.

A lean, intense, soft-spoken intellectual, he grew up in a genteel middle-class family. The customs, attitudes and social currencies of everyday black life “evolved away from me,” he said in a memoir.

It mattered. As he rose to prominence, he came to regard himself as a token black in institutions and social circles that were overwhelmingly white and privileged. It troubled him deeply. In the memoir, “A Man’s Life: An Autobiography” (1982), he cited struggles with depression, suicidal thoughts and drinking problems, and acknowledged years of unease with his blackness, of trying to live up to the expectations of whites.

“Instead of standing with my nose pressed to the window, I often found myself inside rooms with people whose names were Mailer, Vidal, Javits, Kennedy or Bernstein,” he wrote. He was surrounded at work by middle-aged white men, while “my night world was virtually lily-white,” he added. “It was as if, by entering that world at night, I was betraying everything I told myself I stood for during the day.”

A University of Michigan Law School graduate, Mr. Wilkins went to Washington on a wave of New Frontier fervor in 1962 to join the Kennedy administration. He became special assistant to the head of the Agency for International Development. He was soon spotted as a savvy, if outspoken, Democratic asset, and joined campaigns for passage of the Civil Rights Act of 1964 and the Voting Rights Act of 1965.

In 1965, President Lyndon B. Johnson named him the administration’s chief troubleshooter on urban racial issues. He became an assistant attorney general, ostensibly to calm the unrest racking cities. He spoke dutifully against violence and met mayors and community leaders, but did not see his principal task as the suppression of disturbances. 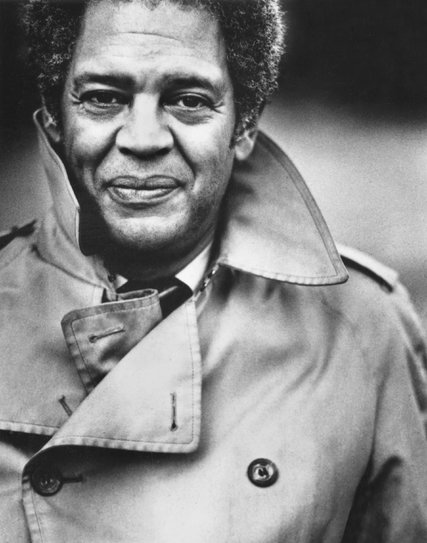 “I am a firm believer in the view that the riots are not the real problem,” Mr. Wilkins said, calling for more jobs, housing and help for the poor. “The real threat to American life is our inattention to the really depressed and anguished conditions of the minority group people who live in the ghettos of this country.”

In 1966, he and a Justice Department colleague went to Chicago to see the Rev. Dr. Martin Luther King Jr. As he admitted later, Mr. Wilkins harbored suspicions that Dr. King might be an opportunist, Louis Menand wrote in The New Yorker in 2013. The visitors found Dr. King in an airless railroad flat in a slum, talking to 40 or 50 young gang members about nonviolence.

“For hours this went on,” Mr. Wilkins was quoted as saying. “There were no photographers there, no newsmen. There was no glory in it. He also kept two assistant attorneys general of the United States waiting for hours while he did this.”

When Richard M. Nixon became president in early 1969, Mr. Wilkins detected a “turning away from the paths of cultural decency” and left government to join the Ford Foundation in New York. For three years, he oversaw funding for job training, education, drug rehabilitation and other programs. But he was powerless to support many projects he considered worthy and became disillusioned with the work.

In 1972 he began a new career in journalism, writing editorials for The Washington Post. He also began to put aside what he called his “desperate search for white approval.” His editorials on the Watergate scandal that drove Nixon from the presidency, along with reporting by Bob Woodward and Carl Bernstein and cartoons by Herbert Block, helped The Post win the Pulitzer Prize for Public Service in 1973.

Mr. Wilkins joined The Times editorial board in 1974 and later became an Op-Ed page columnist. In 1977, he and other minority journalists accused The Times in a federal lawsuit of racial discrimination in hiring and promotions; the case was settled for cash and pledges of improvements. He left the newspaper in 1979 and was an associate editor and columnist for The Washington Star in 1980 and 1981.

From 1979 to 1989 he was a member of the board that awarded journalism’s Pulitzer Prizes. He was also on an advisory panel that recommended Janet Cooke of The Washington Post for a feature-writing Pulitzer in 1981, for her article on an 8-year-old heroin addict. It was exposed as a fabrication after she won the prize. He said the episode had harmed “blacks in newsrooms all over the country.” Ms. Cooke, who returned the prize and resigned, is black.

From 1982 to 1992, Mr. Wilkins was a senior fellow at the Institute for Policy Studies, a Washington think tank. From 1988 until his retirement in 2007, he was the Clarence J. Robinson professor in history and American culture at George Mason University in Fairfax, Va. During his teaching years, he wrote for newspapers and magazines and was a frequent commentator on radio and television.

Roger Wilkins was born in Kansas City, Mo., on March 25, 1932, to Earl and Helen Jackson Wilkins. Some of his ancestors were slaves in Virginia. His father was a journalist and his mother was the first black national president of the Y.W.C.A.; she helped desegregate the organization in the 1960s. In Kansas City, Roger attended the all-black Crispus Attucks School, founded in 1893 and named for a slave killed by the British in the Boston Massacre of 1770.

After his father died in 1941, the boy and his mother joined relatives in Harlem, and three years later settled in Grand Rapids, Mich., where he graduated from high school. At the University of Michigan, he earned a bachelor’s degree in 1953 and a law degree in 1956. He tried social work in Cleveland briefly, practiced law in New York City for several years, then joined the Kennedy administration.

Mr. Wilkins had a home in Washington. His marriages to Eve Tyler and Mary Myers ended in divorce. His third wife, Patricia A. King, a law professor at Georgetown University, survives him.

Besides her and his daughter Elizabeth, from his third marriage, he is survived by another daughter, Amy Wilkins, and a son, David, both from his first marriage; two half sisters, Sharon Peters and Judith Claytor; and two grandsons.

Mr. Wilkins wrote “Jefferson’s Pillow: The Founding Fathers and the Dilemma of Black Patriotism” (2001). He produced and narrated two PBS documentaries, “Keeping the Faith” (1987) about black churches, and “Throwaway People” (1990), about a poor black neighborhood.

“In a sense,” Mr. Wilkins wrote in his memoir, “I have been an explorer, and I sailed as far out into the white world as a black man of my generation could sail.” 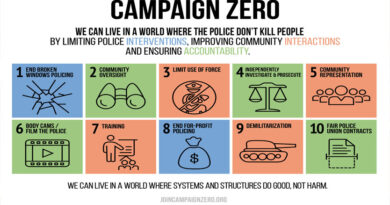