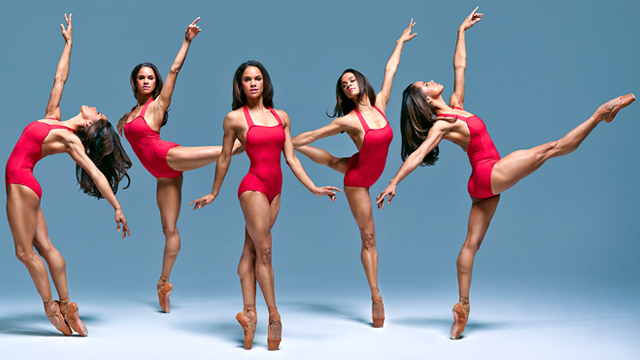 If you’ve ever binged on a box of doughnuts — yep, the whole blessed thing — ballerina Misty Copeland can relate. She’s done it too, lots.

“I used to bury my hurt in a box of Krispy Kremes,” the dancer says in her new book, “Ballerina Body,” in which she aims to set us on the right path to better bodies — if not quite one like hers (and of course not one like hers!), then the best bodies we can have.

Which, she says, is enough, because recognizing that your own body is perfect for you and just needs fine-tuning — something it took her years to realize herself — is the first big step. But before she got there, there was plenty of self-hatred. And it didn’t help, during those first tough years as a ballerina in New York, that she lived near a Krispy Kreme. “I would get a whole box of sugar-crusted pastries delivered to my door,” she says. “And I’d sit on my couch and eat the whole thing.”

Now, of course, Copeland is not only one of the most famous ballerinas in the world — and the first black female principal dancer at American Ballet Theatre — but has crossed over into mainstream pop culture fame like no other. Her best-selling book, “Life in Motion,” was a memoir, but in her new book she seeks to impart some of the wisdom that helped her along the way. She includes detailed exercises — classic ballet moves, starting on the floor — and also meal plans and favorite recipes.

On a recent morning, Copeland sat down for an interview after several hours of dance class at Steps on Broadway near her Manhattan apartment — a typical start to a day that can sometimes involve 12 hours of training, rehearsals and performance. (Her remarks were edited for length and clarity.)

WHY THE NEW BOOK?

“Every woman struggles with their body at some point, especially as a dancer. (Also) I’ve been approached about what I eat, what other forms of exercise I do outside of class. How do I mentally and emotionally stay strong in a field like this? So I felt like I needed to write about this … also just debunking these awful stereotypes attributed to ballerinas, having eating disorders and not really being athletes. We work just as hard as athletes, if not harder, because we are also actresses and actors onstage. We’re not competing to win, but we’re competing to be ourselves, our best selves. Everyone can benefit from that kind of structure in their lives.”

“I never felt beautiful. In school I was really short and really thin and I had really big feet and this tiny little head, and long arms and really big hands, and felt like, this isn’t what society views as beautiful. And it wasn’t until I stepped into ballet class that it was like, ‘Wow, you have the perfect balance and physique for ballet.’ And so I became used to that. And then I went through puberty and my body changed.

It’s not talked about really openly, but every dancer goes through ups and downs in terms of being out of shape. We need to treat our bodies like an instrument, and that’s a huge part of it, just finding a balance and not depriving yourself, finding things you enjoy and not going down a deep dark hole, saying ‘I can’t have carbs’ and ‘I can’t have sweets.'”

ON THE RIGHT MINDSET

“I think it’s important to feel comfortable with who you are, no matter where you’re starting from. The mental discipline is so much a part of it, feeling strong, feeling in control. And just focusing on the journey and feeling good about yourself. I want this book to be for everyone… for someone who has never taken a dance class, for the mom or the college student.”

“We all have a difficult relationship with food. Especially in America where we have so much access to quantity. We were on food stamps for most of my childhood, so we were finding food to eat to survive, it wasn’t about the best and healthiest food. So when I became a dancer, I pretty much was eating whatever I wanted. Once my body changed, that’s when I really started to evaluate what I was putting into my body. I cut out meat six or seven years ago. I’m a pescatarian. That works for me; it may not work for everyone. I eat sweets in moderation, and allow myself a glass of prosecco or wine. I’m looking at what I put in my body as a lifelong nutritional state — it’s not about a diet.”

“We’re in class at 10:15. An hour and a half every morning. Even if we’re not in rehearsals, we still take class every morning to keep our instrument fine-tuned. Rehearsals start at noon. We usually go straight through from noon to 7. And that’s during rehearsal period. During our biggest performance period, spring season, we’re working six days a week, until 11 at night. It’s a lot; people don’t really realize it when they just see this beautiful product onstage. And that’s why we’re working so hard, to produce this effortless beautiful performance. 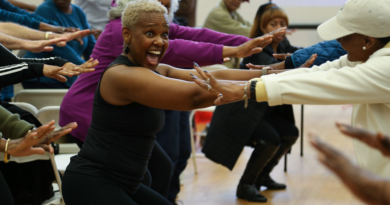 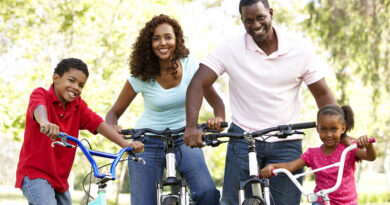 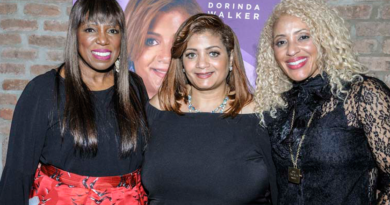