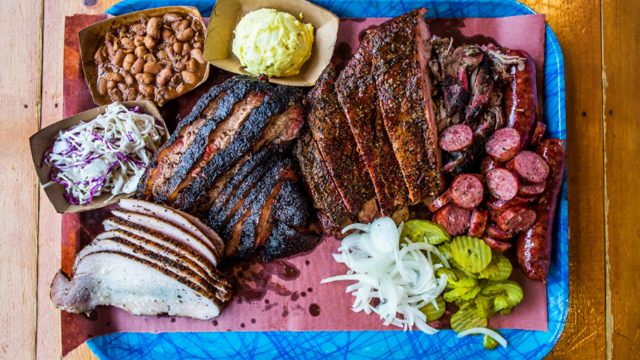 AUSTIN, Tex. — “How much brisket are you having?”

That’s the first question the man with the knife behind the counter will ask when you reach the front of the line at Franklin Barbecue. He won’t stab you if you don’t have an answer ready, but I might.

By that point, you or another person who is either being paid by you or who just likes you very much will have been waiting outside for two hours or more — sometimes a lot more. The line starts earlier and grows faster on weekends and during South by Southwest, the festival of music, film and technology that metastasizes here each March and runs, this year, through Sunday.

Nobody reaches the front of the line accidentally. If you haven’t managed to work out how much brisket to buy when you get there, you are beyond my help.

I won’t blame you, though, if you double your order after the man with the knife cuts off a little block of meat and hands it to you. Look at it, the way it shades from nut-brown at the inside to cherry-jam around the border to black at the crust, stained by carbon and stubbled with coarse pepper. Smell it while the steam is still carrying the smell of burning post oak. Taste it, the way it combines the fat-bathed richness of fresh beef with the tight focus of meat cured by salt and smoke. Still want just half a pound?

Other considerations come into play, like the elasticity of your stomach and your taste for pork, smoked sausage and turkey. But brisket is the foundation on which Franklin Barbecue was built, brisket as it is seasoned and barbecued by Aaron Franklin, the chief pitmaster and an owner.

Mr. Franklin is a gearhead and a MacGyver with obsessive tendencies. Men like him were building hot rods in the 1960s and six-chambered bongs in the ’70s. In the 2000s, Mr. Franklin was designing and welding offset smokers and firing them up for loosely organized backyard cookouts. He writes in his book, “Franklin Barbecue: A Meat-Smoking Manifesto,” that his first brisket was “flavorless — tough and dry.”

He got better. By 2009, when he began selling meat from a white-and-aqua-blue 1971 Aristocrat Lo-Liner trailer he’d bought for $300, he had moved far upscale from the cheap supermarket brisket of his first experiments. And when he moved to an actual structure, painted to look like an overgrown version of that trailer, his brisket was already famous.

He had studied the physics of chimney draw and the maddeningly long time during which barbecue appears to have stopped cooking long before it’s done, known in the trade as “the stall.” He has to be the first pitmaster in Texas history whose cookbook has a list of recommended books that is devoted entirely to the food-science writers Harold McGee and Nathan Myhrvold.

What Mr. Franklin had stumbled across in his backyard was a craft in which, for both the maker and the consumer, the financial barrier to entry was low and the opportunity for connoisseurship was ample. These are the two chief prerequisites of any successful hipster food business, and Franklin Barbecue set off a new-traditionalist barbecue movement across the country.

One of Mr. Franklin’s apostasies from old-school central Texas barbecue technique is wrapping meat midway through smoking to keep it from drying out. All his products are noticeably juicy; the turkey is helped by a quick dip in a pan of butter and juices. He swaddles brisket in butcher paper, which lets some steam out. Other meats are sealed inside aluminum foil. I wondered if this was the reason the marbling inside the brisket was more appetizing than the fat on the pork ribs and pulled pork, which could be a little wet and squishy.

Much of the fat simply yields a glossy liquid that makes a delicious sauce for the lightly smoky pulled pork. The smoke works its way more thoroughly into the ribs, which become a firm and chewy pig candy, and into the sausages. Franklin Barbecue isn’t famous for its sausages, which are custom-made by a nearby butcher. They are glorious, though, loaded with pepper and garlic and enough beef fat to make the wrinkled surface of the casings sparkle. Within the next few days, they will be ground and stuffed on site.

As for the turkey, it is so mild that it will probably be of surpassing interest only to those who don’t eat beef or pork who’ve been dragged along by brisket-crazed friends. Vegetarians may find some comfort in the fine vinegared slaw of purple cabbage or the potato salad, made in the creamy style that I hope to find at every picnic. They will run from the pinto beans, which are supplemented by odds and ends of meat scraped from the butcher block.

Near the cash register are palm-size pies wrapped in plastic, with old-fashioned crusts. Lemon chess pie had a citrus tartness that the Key lime pie was missing, and I admired the way the bourbon-banana pie compressed childhood and adulthood in a single dessert.

And so, you ask: Is it worth the wait? The answer, like many things in life, depends on what else you could be doing with your time. I would note that in the hours required to line up and sit down at Franklin Barbecue, I could have driven 35 miles northeast to Louie Mueller Barbecue in Taylor, ordered the magnificent beef rib (which Franklin sells only on Saturdays), and eaten it until I couldn’t hold any more.

Finally, I’d point out that the line at Mr. Franklin’s restaurant is not Mr. Franklin’s fault, except insofar as he is responsible for cooking meat that people sacrifice entire mornings for. The line is a function of popularity and the way Texas barbecue is sliced (on the spot) and sold (by weight).

Franklin Barbecue also goes out of its way to offer customers standing outside what you might call palliative care. A dozen or so folding chairs are kept in a corral under the stairs for early birds. Although the main entrance is locked until 10:59 a.m., another door is opened so the faithful can use the restrooms or buy drinks.

An employee will walk down the line several times in the morning, selling canned beer from a cooler (Franklin stocks beers from some of the city’s best breweries) and trying to estimate when the meats will run out. This is an imprecise science, involving people’s best guesses for what they’ll order when they get inside.

On my first visit, I was right in the middle of the parking lot, and was told there was a chance I’d miss out on pulled pork. That was incorrect, I’m happy to say.

Though inexact, Franklin’s estimates can fend off the kind of disappointment I felt at La Barbecue, a highly regarded local truck where I spent more than an hour one afternoon and where everything but chopped beef was gone by the time I’d inchwormed to the front of the line.

Franklin Barbecue doesn’t have to be so humane. Employees could probably stand on the roof pouring hot lard over customers’ heads without driving too many people away. Once you start thinking about how much brisket you want, it’s hard to leave. 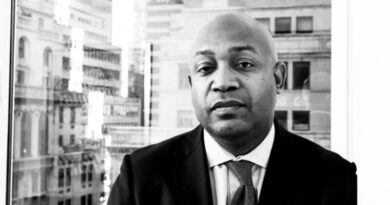 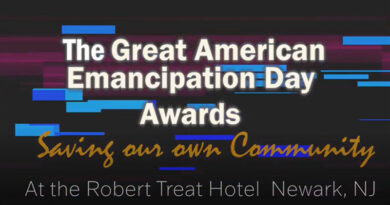 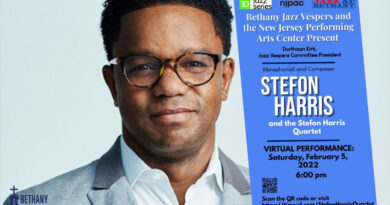