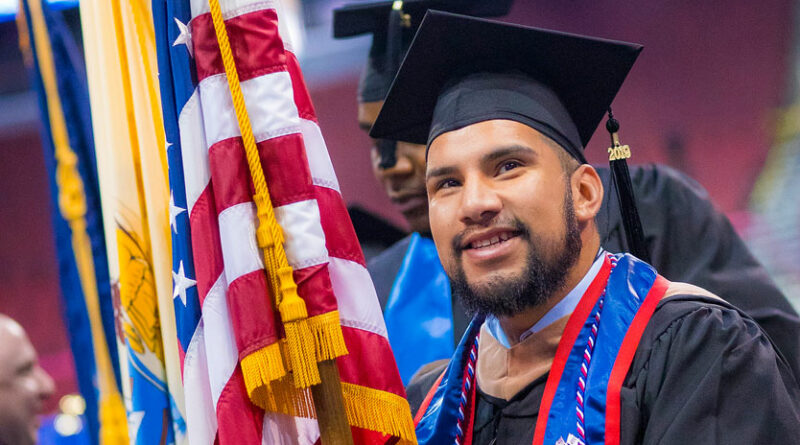 From the first time he saw a U.S. Marine, Mauro “Ricky” Zambrano knew he wanted to become one.

“I have always loved a challenge and to see how far I could push myself,” said Mr. Zambrano, a resident of Lyndhurst, NJ. “I wanted to be part of something bigger and greater than myself.”

Now Mr. Zambrano has a new title – Berkeley College graduate. He received a Bachelor of Science in Justice Studies – Criminal Justice from Berkeley College during the Commencement ceremony on May 10, 2019, at Prudential Center in Newark, NJ. Mr. Zambrano was among the student-veterans who led the Commencement processional as members of the color guard.

Following his graduation from Lyndhurst High School, Mr. Zambrano enlisted in the U.S. Marine Corps, completing training in Parris Island, SC, and the School of Infantry at Camp Geiger in Jacksonville, NC. He was assigned to the Third Battalion Second Marine Division, which was sent to Afghanistan.

“My greatest challenge was keeping my head together during the tough moments of my deployment,” said Mr. Zambrano, whose division was charged with building camaraderie with the people of Afghanistan. While abroad, he found solace in the military brotherhood, which is “like no other.”

After being honorably discharged, Mr. Zambrano found the support of his brotherhood again, this time at Berkeley College, which is home to more than 450 military-aligned students.

“A supportive veteran population was important to me because I was still in a transition period after separating from the military,” Mr. Zambrano said. “It can be hard for veterans to find common ground with civilians because they didn’t experience what we did. A good support system was a must.”

The Berkeley College Office of Military and Veterans Affairs (OMVA) offers six on-site Veterans Resource Centers (VRCs), as well as an online VRC, where military students can find resources. Many of the staff members of the OMVA are veterans themselves.

Mr. Zambrano quickly became a leader at the Berkeley College New York campus, where he served as President of the Berkeley Spartans, a student-veterans club affiliated with Student Veterans of America. The Spartans march annually in the New York City Veterans Day Parade, initiate and sponsor community service initiatives, and support veterans organizations such as Team RWB, The Mission Continues, and the Travis Manion Foundation.

During his time at Berkeley College, Mr. Zambrano interned as a Veterans Outreach Specialist with Bergen County Veteran Services in Hackensack, NJ. Following graduation, he will join the Division of Family Guidance in Bergen County, NJ, a resource for New Jersey families and at-risk youth. He hopes to pursue a master’s degree and to establish a nonprofit for veterans.

“Ricky’s commitment to those in need in the community – especially veterans in need – is clear to anyone who speaks with him,” said Ed Dennis, a U.S. Army veteran and Assistant Vice President, Berkeley College OMVA. “His determination and natural leadership will serve him well as he enters the workforce.”

Mr. Zambrano encourages college students to make the most of their time on campus.

“We live in an age where a lot of people have college degrees,” he said. “What you do during your time in college can set you apart. Be active – join clubs, volunteer, make a difference and grow.” 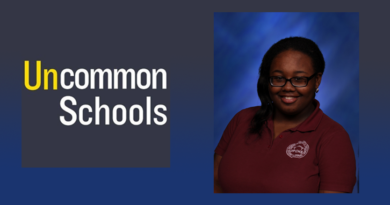 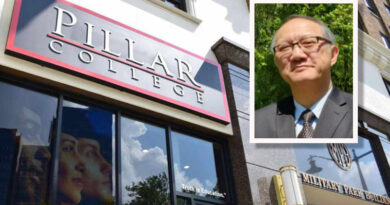 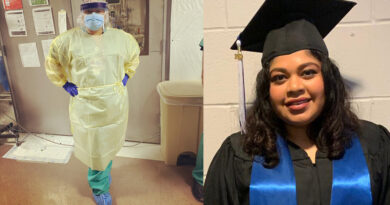