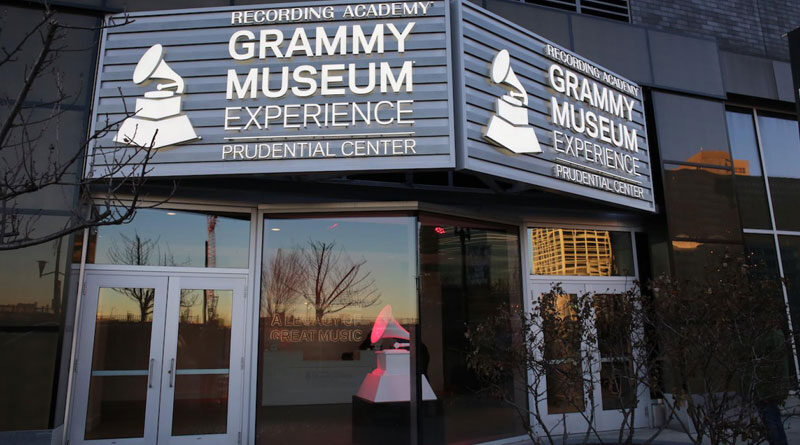 A Musical Rock of Gibraltar in Newark

Nestled in the footprint of the Prudential Center arena (“The Rock”) in Newark, NJ—a short walk from Newark Penn Station, the historic Ironbound District, and downtown’s restaurant district—is the Grammy Museum Experience. Opened in 2017, Prudential Center and sports entertainment company HBSE specifically brought the museum to Newark “as a way of really meeting the community with music,” says Mark Conklin, Director of Artist Relations and Programming. Besides, New Jersey is one of the top three states with the most Grammy-award winning artists.

In a formerly underutilized, street level space in the bowels of the Prudential Center, the 8,200 square-foot space helped revitalize the Mulberry Commons corridor (known as Newark’s Chinatown in the early 20th century), and connects the restaurants and shops at Broad and Market to Mulberry Commons park. The corridor is poised to see a significant uptick in foot traffic. A planned pedestrian skyway will connect Newark Penn Station to the Ironbound section of the city, making the Grammy Museum Experience a landmark welcoming center for music fans from around the world.

“The museum really celebrates music in all its forms and, of course, highlights the Grammys,” says Conklin. “Our museum was designed to celebrate New Jersey as a whole and the contributions of artists that come from New Jersey and, of course, our area, Newark, when you talk about Sarah Vaughan and Wayne Shorter. The history is rich.” One of the most popular and intentional exhibitions is New Jersey Legends, featuring iconic artists from the Garden State such as Naughty By Nature, Bruce Springsteen, Frank Sinatra, Dionne Warwick, Frank Valli, and Newark’s own icon, “The Voice,” Whitney Houston. The focus of the exhibit is to highlight all the great music that comes from this state.

With music education at its core, the Grammy Museum Experience offers a wealth of public programming. Viewers can stream visuals of industry professionals and musicians from the comfort of their homes. “Music is the kind of a great language everybody identifies with, and it’s a way to bridge the gap. Everything we do, we’re focused on highlighting our local heroes, but also the people of the future or the next generation of Grammy Award winners,” Conklin went on to say. Standing programming includes Black History Month; Women’s History Month; a new Mini-Masterclass web series; Behind the Songs, a series of conversations between Mark Conklin and notable recording artists, songwriters, and producers; and their new podcast Musically Speaking.

The museum began rolling out several online programs for Black Music Appreciation month the week of June 18th, just in time for Juneteenth. “Our first interview was with the Fisk Jubilee singers, one of the world’s most renowned choirs who introduced the Negro spiritual to the world. They recently won the Grammy for the Best Roots Gospel Album at the 63rd Grammys.” A performance by the choir and an interview with the choir’s director, Dr. Paul Kwame, will air this month on the museum’s website. Other programming includes a program with four-time Grammy award-winning artist and probably the world’s greatest music ambassador, Angélique Kidjo; releasing audio from the last in-person pre-COVID performance, An Evening with Naughty by Nature; and the museum will end its week with audio from An Evening with Gloria Gaynor, the Newark-born Grammy-award winner.

Most exciting is the debut of the museum’s third mural as a part of a five-part mural series, in partnership with Prudential Financial. Since 2018, the Grammy Museum Experience Prudential Center has partnered with Prudential Financial—a proud, founding partner of the museum—to create a series of five murals throughout Newark’s five wards. In tune with the city’s soul and love of the arts, both the Grammy Museum Experience and anchor institution Prudential Financial understand the power of public art to uplift, heal, and celebrate culture and history. The first two murals include the West Ward’s Wyclef Jean by artist FABS and the Central Ward’s Whitney Houston by artist Maude Lemaire, which is composed of more than 1,000 lbs. of hand-cut glass.

While COVID has temporarily halted in-person visits to the museum, Conklin expressed gratitude for the museum’s transition to virtual engagement. “There’s a silver lining in everything, and that’s the one we found. We’re now able to create content and reach a larger audience, but we do look forward to getting back to seeing people in our space,” he joked. Although there is no confirmed date, the Grammy Museum Experience will re-open its doors in the Fall of 2021, with new exhibits underway. “We are expecting a very big, exciting new exhibit in October,” Conklin revealed. “The exact date is being worked out, but it will be by the end of September.”

Sana Atiya is a resident reporter with the Newark News and Story Collaborative. She is a mom, creative, and Newark resident. 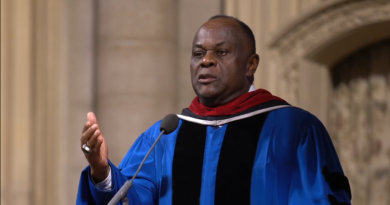 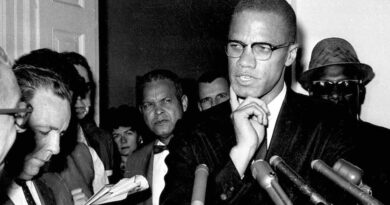 On his 95th birthday, Malcolm X’s urgent message resonates at a time of racial inequity in health-care, criminal justice systems 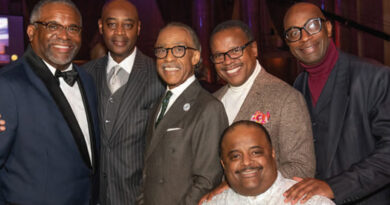